Jeddah 2022 season kicks off on May 2, with performances by Cirque du Soleil 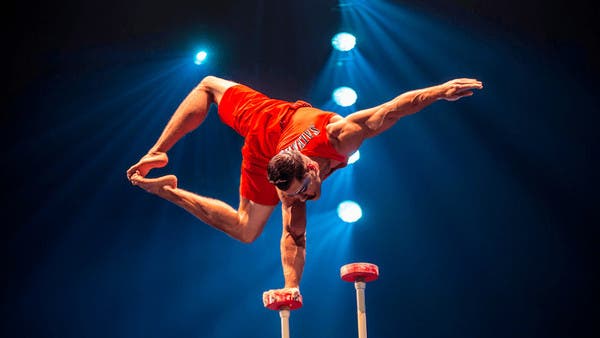 Residents and visitors of the 2022 Jeddah season are waiting for the international shows of Cirque du Soleil, which will start on May 2 and will continue until the 28 of the same month, to present one of its shows exclusively for the Jeddah season in King Abdullah Sports City in Jeddah.

The Jeddah Season administration announced the date of the first show of the event at nine o’clock in the evening of Eid, Monday, May 2, for a period of two hours, while the second show will be Tuesday at the same time, according to the Saudi Press Agency “SPA”.

She also confirmed that there will be two shows on Thursday, Friday and Saturday, at four in the afternoon and nine in the evening.

From more than 13 countries

Specialized international teams from more than 13 countries will present visitors to the season in this highly anticipated event with many exciting experiences, exciting fire shows, paper storm shows, and helium balloons, over the course of a whole month, starting from the day of Eid, as these shows are expected to attract many visitors. And circus lovers, from different countries of the world, after the public was recently announced about the dates of the shows throughout the month of May.

Circus events are also widely followed around the world, with more than 215 million followers in more than 70 countries that hosted these shows. The Kingdom witnessed the establishment of 6 various shows, including in different regions, which attracted a large number of visitors.

In an enthusiastic atmosphere and rapture nights, the concerts of the 2022 Jeddah season will start. Also, fans of the artist, Mohamed Ramadan, are on a date with him through his concert in the Jeddah season on May 3.

While the Prince of the song, Majed Al Mohandes, will perform a concert on May 4, and Arab artist Mohamed Abdo will perform on May 6.