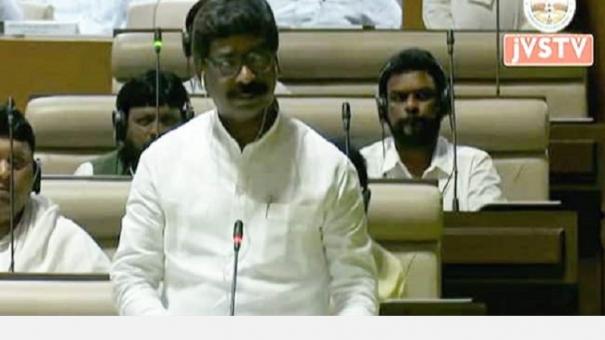 However, the BJP and its ally AJSU, along with two independent candidates joined forces instead of holding a vote of confidence in the Legislative Assembly. A vote of confidence was held among the Amachis. The BJP members walked out of the House as soon as the voting was over.

Horse-bargaining BJP: Hemant Soran, who won the trust vote, slammed the BJP. Continuing, he said, “Some people came around with money boxes to buy the Congress MLAs in our alliance. The responsibility of buying them was entrusted to Assam Chief Minister Himanta Biswas. BJP is creating chaos and violence and creating civil war-like situations for electoral victories. Opposition parties have destroyed democracy. They are always engaged in horse-trading everywhere. ” said.