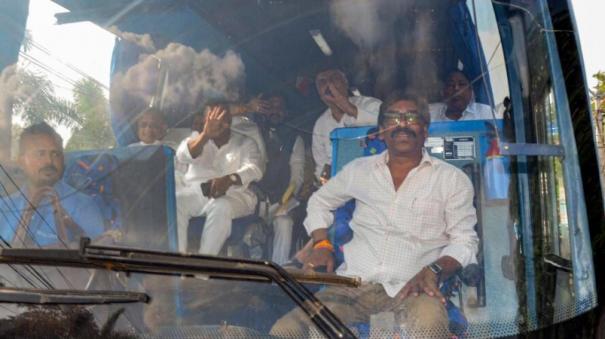 Ranchi: The ruling Jharkhand Mukti Morcha (JMM) and Congress MLAs have been taken to Chhattisgarh capital Raipur as the political turmoil continues in Jharkhand.

In Jharkhand, JMM-Congress coalition government is taking place under the leadership of Chief Minister Hemant Soran. In the last year 2021, the quarry was allocated in the name of the Chief Minister. The Chief Election Commission, which conducted an inquiry on the complaint filed by the BJP, sent its recommendation to Jharkhand Governor Ramesh Pais on the 25th. Reports have surfaced that the commission has recommended stripping Chief Minister Hemant Soran of his MLA post. However, no official announcement has been made by the Governor.