Job creation a priority for government over inflation: Sitharaman 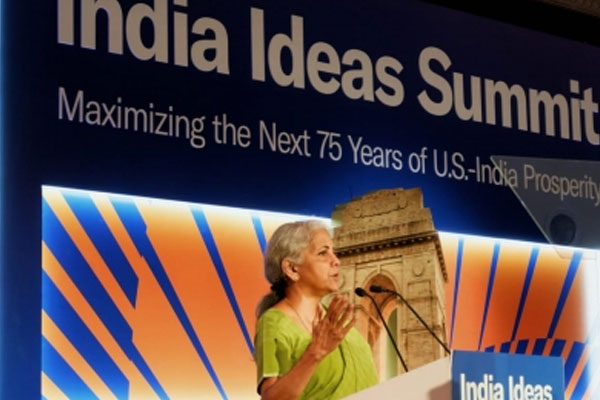 
New Delhi . Union Finance Minister Nirmala Sitharaman said on Wednesday that inflation is no longer a priority for the government as it has now come down significantly. Addressing the India Ideas Summit, he said that the priority of the Center is employment generation and income distribution.

He further said that India is chairing the G20 at this challenging time when the global supply chain has been severely affected and the geopolitical equations are unstable.

Sitharaman said the uncertainty in the energy sector is a matter of concern for the Centre.

“There are huge uncertainties on the availability of crude, natural gas and coal due to the Russia-Ukraine war,” he said.

Sitharaman said that like many other countries, India will have to rely more on coal in the near future due to global uncertainties and disruptions in the supply chain.

The finance minister said India’s plans to move to renewable energy have suffered a setback and needed tools to reduce its dependence on coal and return to environment-friendly energy resources.

On policy issues, he further said that the National Infrastructure and Investment Fund (NIIF) needs to be further strengthened.

The Union Minister also said that the government is keen to bring a Data Protection Bill.

On Tuesday, IT Minister Ashwini Vaishnav had said that the Center would soon bring a completely new version of the bill.