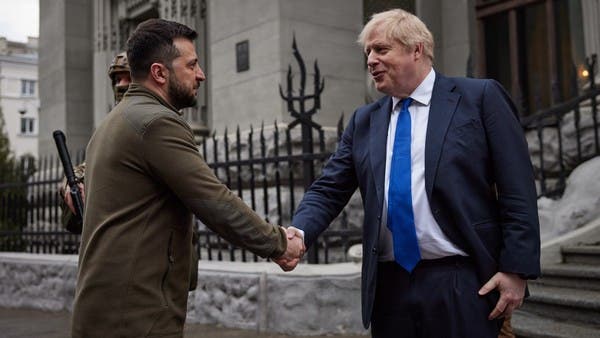 He noted that this support includes long-range missiles and drones as part of an additional £1.3 billion military aid package for Kiev.

We also discussed how we can stem the global economic damage caused by Putin’s reckless blockade of Black Sea ports.

Johnson added on Twitter that urgent options were being considered to open land and sea supply routes to Ukraine’s grain stocks.

He added that his discussions with Zelensky also revolved around how to stop the global economic damage caused by the Russian blockade of the Black Sea ports.