Johnson is in trouble.. A vote of no-confidence within his party 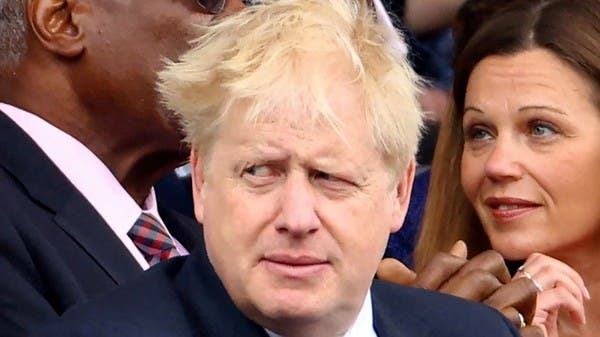 British Prime Minister Boris Johnson faces a vote of confidence within the Conservative Party, today, Monday, after 54 Conservative MPs raised the issue of successive scandals, especially those related to the violation of restrictions related to the Corona virus.

“About 15 percent of party members seek a vote of confidence,” said Graham Brady, chair of the 1922 Committee of Conservative MPs.

In turn, Conservative MP Jesse Norman revealed that he would join calls for a vote of confidence in the prime minister. Norman, the former chancellor, made clear in a message to Johnson via Twitter that he had always supported him, but that he could not continue to do so anymore.

I have supported Boris Johnson for 15 years, for the London Mayoralty and for PM. Very sadly, I have written to him to say I can no longer do so, for the reasons set out below. pic.twitter.com/0Mjs4hjeSF

On the other hand, a spokesman for Johnson considered that the vote of confidence would provide an opportunity to end months of speculation about his leadership of the government.

“The prime minister welcomes the opportunity to present his case to the deputies (members of parliament),” he added, according to Reuters.

For her part, British Foreign Secretary Liz Truss confirmed that she supports Johnson in the vote of confidence, noting that “he will have her 100% support in today’s vote,” and continued, “I strongly encourage colleagues to support him.”

The Prime Minister has my 100% backing in today’s vote and I strongly encourage colleagues to support him.

He has delivered on covid recovery and supporting Ukraine in the face of Russian aggression. He has apologised for mistakes made.

We must now focus on economic growth.

She also tweeted, “He made efforts to recover from Corona and supported Ukraine against Russia. He apologized for the mistakes. We must now focus on economic growth.”

In turn, British Finance Minister Rishi Sunak said he supports Johnson’s leadership. “From the issue of vaccines to the response to Russian aggression, the Prime Minister has demonstrated the strong leadership the country needs,” he tweeted.

From the vaccine rollout to our response to Russian aggression, the PM has shown the strong leadership our country needs.

I am backing him today and will continue to back him as we focus on growing the economy, tackling the cost of living and clearing the Covid backlogs.

‘They lost faith in him’

A growing number of MPs belonging to the Conservative Party confirmed that they had lost confidence in Johnson’s government because of the “Partygate” scandal, and some said they had submitted letters to formally call for a vote of no confidence.

It is noteworthy that the British Prime Minister made an “unreserved” apology to MPs last April, after the police fined him for violating the restrictions to combat the Covid pandemic in June 2020, during parties organized in “Downing Street” during the lockdown period in the country.

While Johnson has repeatedly stressed that he has no intention of resigning, calls for him to do so have been increasing continuously, since an internal investigation revealed last month that he held parties at the government headquarters during the Corona pandemic, ignoring the restrictions associated with combating it.