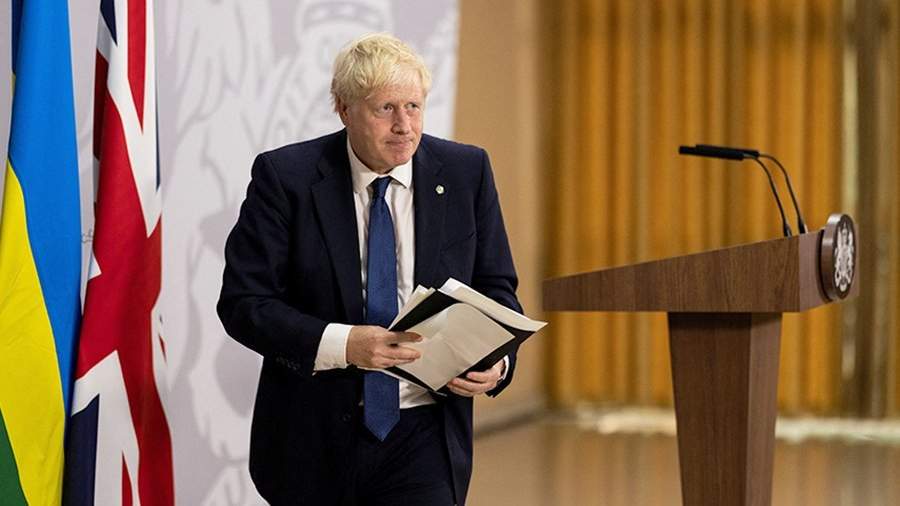 British Prime Minister Boris Johnson announced the growing pressure of European countries on Ukraine. He spoke about this on June 25 in Rwanda during the Commonwealth summit.

“Pressure will rise to induce – maybe coerce – Ukrainians into a bad peace,” Reuters quoted the politician as saying.

He also said that the successful conduct of Russia’s special operation in Ukraine would lead to a threat to international security and “long-term economic disaster.”

Earlier on June 21, sources close to Johnson claimed that the head of the cab was afraid of signing a “lousy” peace between Russia and Ukraine. For this reason, in the near future, he intends to call on Berlin and Paris to increase support for Kyiv. Johnson also acknowledged that the world has accumulated fatigue from the topic of Ukraine.

On June 18, Johnson also urged Western allies not to relax and continue to support Ukraine. In his opinion, it is necessary to continue to provide Kyiv with weapons, equipment and ammunition. In addition, during the talks with Zelensky, he proposed, in particular, to launch a training program for the Ukrainian military with the possibility of training up to 10,000 soldiers every 120 days.

On June 17, Ukrainian Foreign Minister Dmytro Kuleba said that the time for diplomacy to resolve the situation in the country had not come. Later, he admitted that the subject of negotiations with Russia could be the establishment of borders as before the start of the special operation.