Johnson: The military operation in Donbass exhausted the Russian army 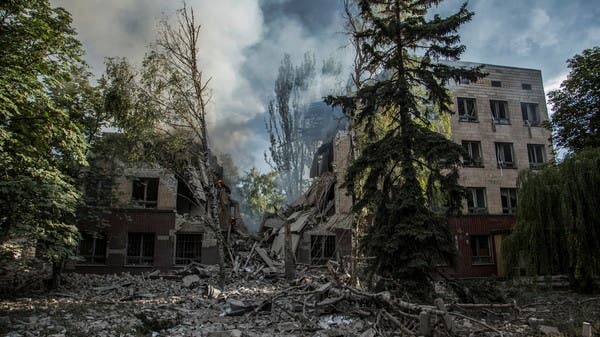 Amidst the intensification of battles between the Russian and Ukrainian forces, especially in eastern Ukraine, where the Russians are pressing hard on the Lyschansk-Severodonetsk axis, British Prime Minister Boris Johnson confirmed that the fighting in the Donbass exhausted the Russian army.

And he saw in an interview with the German newspaper “Süddeutsche Zeitung” that “the pace of the Russian war on Ukrainian lands may slow down.”

He also stressed that the incursion into eastern Ukraine inflicted heavy losses on the Russian forces, materially and humanly, which may prevent their advance soon, according to what Reuters reported.

In addition, he considered that the momentum of the Russian forces may decline, after the exhaustion of their resources.

It is noteworthy that the Russian army intensified its strikes in the past few days on the Donbass region, which includes Donetsk and Luhansk, concentrating on the Lysechansk-Severodonetsk axis, and recorded an advance of 5 km depth in Lysechansk, the last stronghold of Ukrainian forces in the region.

Today, Thursday, Serhiy Gaidai, governor of the Luhansk region, announced that Russian forces had captured the villages of Loskotivka and Ray Oleksandrivka, to the south of the cities of Lyschansk and Severodonetsk.

Russia, which launched its military operation on Ukrainian territory on February 24, aims to control the entire Donbass basin, after it was partially controlled by separatists loyal to it in 2014, with the aim of opening a land corridor linking the east to the Crimea, which it annexed to its territory in the same year.