Johnson warns: Whoever does not take the Corona vaccine will end up in the hospital 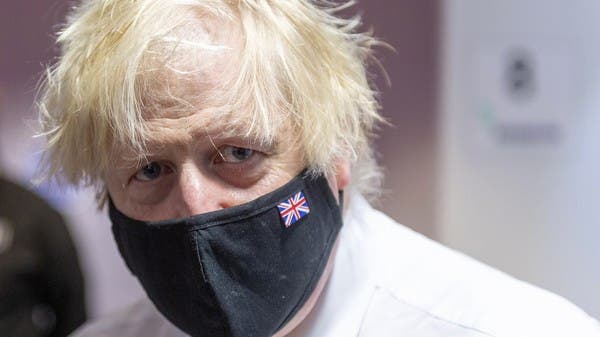 LONDON (Reuters) – British Prime Minister Boris Johnson warned on Wednesday that the vast majority of patients who end up in intensive care with Covid-19 have not received the booster shot of vaccines, and urged people to get one.

Johnson said during a visit to a vaccination center against Corona, the Omicron mutant is still causing real problems, the cases are increasing in hospitals, but it is clear that it is less severe than the Delta mutant, “according to what was reported by “Reuters”.

He also called on people to be careful as they celebrate the start of the New Year after deciding not to impose stricter restrictions in England to limit the spread of the virus. “I think everyone should enjoy New Year’s Eve, but with caution and prudence,” he said. “Take the tests… think of others and, above all, take the refresher.”

It is noteworthy that Britain is currently recording record daily infections with Covid-19, which amounted to 129,471 cases yesterday, Tuesday, driven by the spread of the highly contagious Omicron mutated from the Corona virus.

Johnson during a visit to a vaccination center against Corona

This comes, while the world recorded new record levels of Covid-19 infections during the past week, as an average of more than 935,000 infections were counted per day between December 22 and 28, according to a census conducted by Agence France-Presse based on official figures.

These numbers, the highest since the outbreak began at the end of 2019, are based on daily reports issued by health authorities in each country. A large proportion of cases that are less serious or that do not show symptoms remain undetected despite the intensification of examinations in a large number of countries.

In addition, the policies applied with regard to infection detection examinations differ between countries.

With 6,550,000 infections recorded during the past seven days, or an average of 965,863 infections per day, the virus is currently spreading at an unprecedented speed, far exceeding the previous highest outbreak rate recorded between 23 and 29 April, which amounted to 817,000 daily infections.