Johnson was accused of using Ukraine to mask his failures 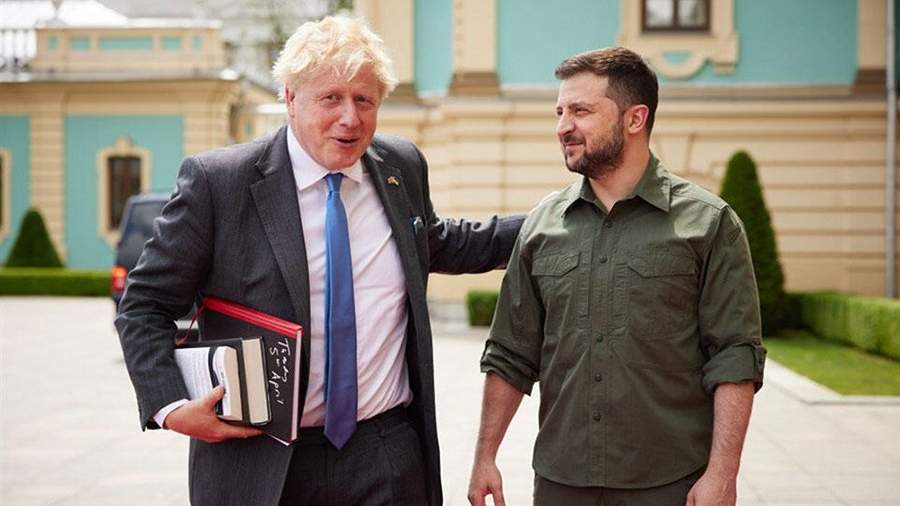 British Prime Minister Boris Johnson uses communication with Ukrainian President Volodymyr Zelensky as a maneuver to distract from British domestic political problems of the country. The corresponding opinion was expressed on June 20 by the author of the material for The Guardian Simon Jenkins.

“Johnson’s sudden conversations with Zelensky happen right after moments of major embarrassment for the prime minister. Almost every conversation with Zelensky ends with a large tranche of British taxpayer money to support Ukraine.” he wrote.

The columnist called Johnson’s act of helping Kyiv “the most expensive psychotherapy session in history.” Thus, the author of the article suggested that the British Prime Minister diverts the attention of voters, in particular, from the news about fines for parties on Downing Street.

As another example of Johnson’s deliberate actions, Jenkins cited his call to Kyiv on April 12 after the UN criticized a plan to deport refugees to Rwanda.

Meanwhile, the columnist noted the possibility that “all of these calls could be pure coincidence.”

Boris Johnson paid his last visit to Kyiv on June 17. The British prime minister tweeted that he had arrived in the capital of Ukraine and was glad to be back, and attached a photo of himself with the Ukrainian leader to the message.

After that, comments from disgruntled residents of the United Kingdom appeared in an article in the British newspaper Daily Express about the fact that Johnson made a trip to Kyiv amid the economic crisis in the country. In particular, one of the users noted that the UK in the current circumstances cannot afford to support Ukraine or any other country.

The Guardian also reported that after Johnson’s trip, thousands of people took to the protest march in central London to protest against the inaction of the UK government against the backdrop of the economic crisis. So, people complained about the reduction of wages and social benefits.

Nevertheless, in the wake of these events, Boris Johnson wrote an article for The Sunday Times, published on Saturday, June 18, where he called on Western allies not to relax and continue to support Ukraine, as the conflict over the state could be protracted.

The Russian Federation continues a special operation to protect Donbass, the beginning of which Russian President Vladimir Putin announced on February 24. The situation in the region escalated in mid-February due to shelling by the Ukrainian military, after which the authorities of the Donetsk and Lugansk People’s Republics turned to Moscow for help.