Jonatas: Al Ain plays to win all matches and compete for all titles 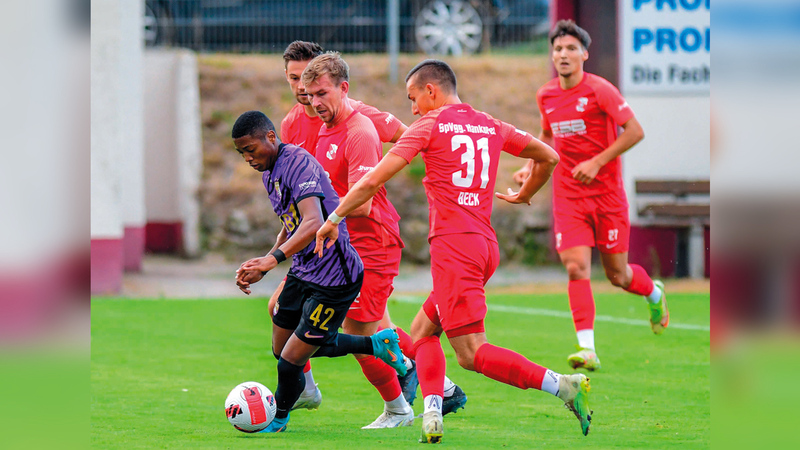 Al-Ain midfielder, Brazilian Jonatas Santos, confirmed that “a great state of optimism dominates the team’s preparations in preparation for the new football season, which begins next Friday, noting that a team the size of Al-Ain plays to win all matches and compete for all the titles of the tournaments in which it participates.” , saying that they always feel responsible because they are wearing the shirt of a big club that has its place in the Emirates.

Jonatas explained in statements to the Brazilian “SportPaz” website that the preparation period for the new season is going well, and that the players worked hard over the course of a whole month during the external camp that was held in Germany and Austria, respectively, in order to be fully prepared with the match date. The opening match against Ajman next Friday at the latter’s stadium.

The Brazilian player, who moved to the ranks of Al Ain at an early age, specifically when he was 17, said: “Expectations are very high, we have returned from a good preparation period in preparation for the new season, and all the players worked hard during this period because we are thinking of competing for all the titles of the season, I think we are ready. This is the beginning and we look forward to being fully prepared and continuing to improve throughout the season.”

And the statistics of the Brazilian resident gradually improved, as the player participated in his first season 2019-2020 in one match, while his participation rate increased in the 2020-2021 season to appear in five matches, while last season was his best ever, as he had the opportunity to appear in 15 matches, five of them as a starter and 10 as a substitute, and he crowned the team with the ADNOC Professional League and Abu Dhabi Islamic Bank Cup titles.

Jonatas Santos explained that playing for a team the size of the eye always makes the player feel responsible, and he said: Of course the responsibility exists, we know the size and importance of this club in the country, so we must constantly strive to come out victorious in all matches and in all tournaments, and we participate in the league as the title holder This gives us confidence, but it is also important to work harder to stay on top. Last January, Al Ain Football Club renewed the player’s contract until 2025, in a move to preserve his services and avoid the temptations of clubs, and the player is the third Brazilian resident in the ranks of « The Leader, along with Rafael Antonio and Eric Jurgens.

On the other hand, Al Ain team defeated Khorfakkan by three goals to one in a friendly match that brought the two teams together the day before yesterday at Humaid Al Tayer Stadium in Al Nasr Club, as part of the two teams’ preparations for the start of the new football season. The match was witnessed by the head of the football company, Dr. Matar. Darmaki.

The team’s triple was scored by Laba Kodjo (22), Sufian Rahimi (24) and Andrey Yarmolenko (60), while Khorfakkan player Simon (87) scored, and the team is scheduled to complete its preparatory program to reach an advanced stage of readiness before facing Ajman next Friday in ADNOC Pro League Opening Ceremony.

Brazilian resident Jonatas moved from one game in the 2020 season to participating in 15 games last season.