Jordan: Work is underway to form an Arab front that protects the region 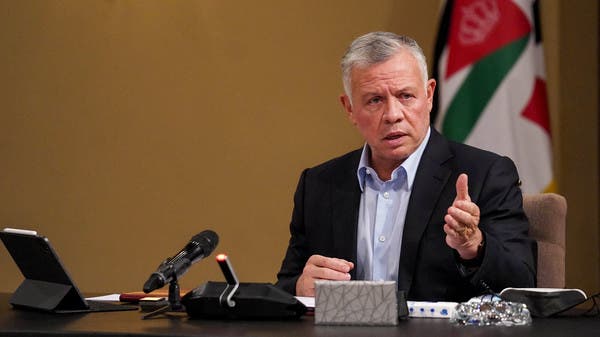 Jordan’s King Abdullah II affirmed that work is underway to form a front from a group of Arab countries to protect the region, pointing out that his country will be one of the first countries to support the formation of a “NATO” for the Middle East.

He also added in an interview with the American network “CNBC”, to be published next week, that his visit to Egypt and Prince Mohammed bin Salman’s visit to Jordan aims to discuss the security of the region and help each other.

The decline of the Russian role in Syria

In addition, he warned that the decline in Russia’s role in Syria increases security risks, pointing out that ISIS has re-emerged.

The Jordanian king also warned that the Shiite militias in Syria have increased the smuggling of weapons and drugs across the border. He pointed out that Oman “views the Russian presence on Syrian territory as a positive element, as it has been a source of stability during the past years.” “From a Jordanian point of view, the Russian presence was a calming factor,” he said.

From the Jordanian-Syrian border

As for the Russian-Ukrainian conflict, he saw that although it is somewhat far from Jordan, its continuation increases instability in general, especially with regard to the exchange of goods.

But he considered that “the positive impact of these challenges is to push for dialogue between Arab countries to find solutions, as different countries are doing now.”

In addition, he pointed out that regional projects among Arab countries provide opportunities for everyone, but added, “If a country faces challenges, this will disrupt those projects.” He expressed his hope that this year a new trend will emerge in the region, towards communication and joint action.

It is noteworthy that King Abdullah II visited the UAE yesterday, Thursday.

While the Saudi Crown Prince visited Amman two days ago, where he met the Jordanian monarch, as part of a regional tour that also included Egypt and Turkey. The two sides discussed many regional files, including the establishment of joint projects and agreements that enhance cooperation between Jordan and Saudi Arabia.