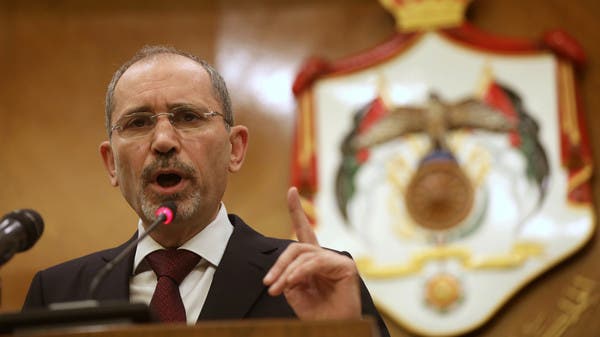 Jordanian Foreign Minister Ayman Safadi said, in an interview with Al-Arabiya, that the security of Saudi Arabia and the Gulf is part of Jordan’s security.

Al-Safadi added that Jordan condemns the Houthi attacks on Saudi Arabia and that Oman supports all steps that support the stability of the Gulf.

He affirmed his country’s support for Saudi Arabia in finding a solution to the Yemeni crisis.

The Security Council condemned the Houthis’ detention of the Emirati ship “Rawabi” and demanded the Houthis to release the ship and its crew.

On Friday, the UN Security Council condemned the Houthi militia’s hijacking of the “Rawabi” commercial ship. The Security Council also said that “the escalating attacks represent a threat to maritime security in the Gulf of Aden and the Red Sea.”

The Emirati ship kidnapped by the Houthis, Rawabi

In a statement adopted unanimously, the council called for the “immediate release of the ship” seized by the Houthis in early January and its “crew”, according to diplomatic sources told AFP.

The statement drafted by the United Kingdom condemned the detention of the “Rawabi” ship. The statement, seen by Agence France-Presse, added that the 15 council members demand “all parties to resolve this issue quickly” and stress “the importance of freedom of navigation in the Gulf of Aden and the Red Sea in accordance with international law.”

At the conclusion of its statement, the Council urged “all parties to stop the escalation of the situation in Yemen and to cooperate constructively with the United Nations Special Envoy for the resumption of the inclusive political talks.”

The representative of the United Arab Emirates to the United Nations said on Monday that the Rawabi ship, which was kidnapped by the Houthi militia, was carrying medical aid, noting that it was carrying equipment for the field hospital on Socotra Island.

The representative of the Emirates said that the crew of the Rawabi ship includes 11 people of different nationalities, calling for the immediate release of the ship and its crew.

In a letter from the UAE government to the Security Council, the UAE delegate said that the hijacking of the “Rawabi” ship is not the first incident of the Houthis in the Red Sea, as the Houthi militia had intercepted and detained at least 3 commercial ships before.

The UAE delegate emphasized that Houthi piracy raises real concerns for the freedom and security of navigation and international trade in the Red Sea.

On January 3, the Coalition to Support Legitimacy in Yemen announced that a cargo ship had been hacked and robbed by the Houthi militia off the Yemeni city of Hodeidah.

The spokesman for the coalition forces, Brigadier General Turki Al-Maliki, said in a statement that the ship was hijacked and hijacked at 23:57 pm on Sunday, January 2, 2022 while it was sailing opposite Al Hudaydah Governorate.