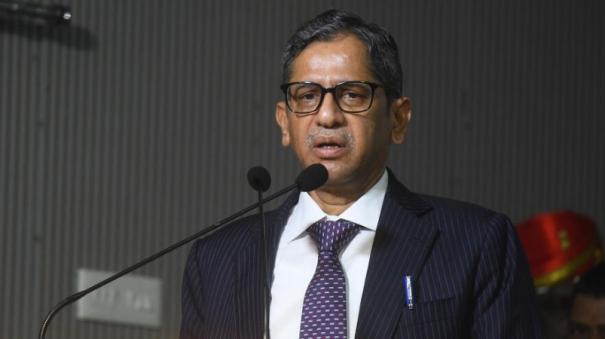 New Delhi: "A free media is the backbone of democracy" Chief Justice of India NV Ramana has spoken.

In Delhi, the "Gita Vijnana Upanishad" written by Shri Gulab Chand Kothari, editor of Rajasthan magazine. The launch of the book took place today. Supreme Court Chief Justice NV Ramana, who attended and released the book, spoke about the media. "A free media is the backbone of democracy. Journalists are known as the eyes and ears of the people. It is the duty of every media organization to present the facts about the prevailing social situation in India.