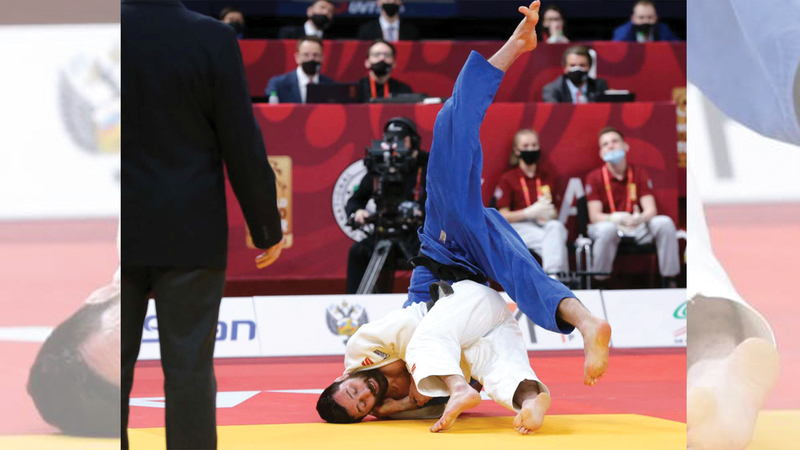 The player of the national judo team, Viktor Skrtov, won the bronze medal in the under 73 kg weight in the Russian Kazan Grand Slam Judo Championship, which ended the day before yesterday. Victor Skretov scored four strong victories on the second day of the Iron Group matches, which included 44 players from the most prominent players who qualified for the Tokyo 2021 tournament, and the most prominent of them was the Israeli player Tohar Botbol, ​​who lost in the match to determine the third and fourth place against the player Victor after A strong match, which showed the development of Victor’s level, despite the nominations of game experts in favor of Botbol, ​​adding the second bronze champion for himself and the Emirates after finally winning the bronze medal in the Asian and Oceania Championships in Bishkek, Kyrgyzstan.

The bronze coronation comes after a series of victories that began with a second round match after he skipped the preliminary round stage matches by beating Ukrainian Khomula Artem, then Kazakhstani Shamshev Dinar and in the semifinals over Romanian Raiko Alexandru.

The first, golden, and second places, for that weight, were crowned by the Russian national team, through Muhammad Bey Muhammad Bykov, who defeated his compatriot Ayoub Khazaliyev at the end of the group matches.

With that bronze, the UAE judo ranked first at the level of the participating Arab countries, and the 19th place at the level of the general ranking of the tournament, which included 79 countries, including 10 Arab countries, while the Russian team advanced to the top of the general standings before the conclusion of the tournament with three golds, five silvers and four bronzes, and then it was followed by Japan team won two golds, France, Poland, Hungary and Georgia ranked third with one gold.

The President of the Wrestling and Judo Federation, Muhammad bin Thaaloub Al-Deri, was keen to congratulate the team of our participating judo team before leaving the championship hall, appreciating the efforts of the advanced player Victor who achieved several consecutive victories within a few hours, which promises to achieve positive results during the 2021 Tokyo Olympic Games, which are preceded by the World Championship In the Hungarian capital, Budapest, next month. ”

He said, “We followed with interest the Russian Kazan Grand Slam Judo Championship, for which the Russian Federation, in cooperation with the International Federation, made fun of all the requirements for success, before the World Championships in Budapest and the Tokyo Games, which our team is looking forward to, which confirmed the escalation of its chart.”

– The national team star, Victor Skretov, scored four powerful victories on the second day of the 44-man group matches of the most prominent players who qualified for the 2021 Tokyo tournament.