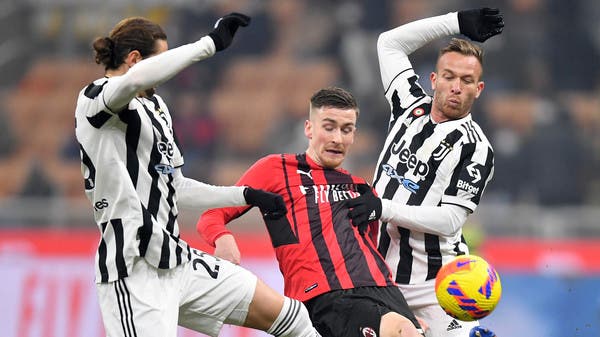 Milan was satisfied with a 0-0 draw with its guest, Juventus, at the San Siro stadium, falling to third place in the Italian Serie A, four points behind leaders Inter Milan.

In a first half that saw few chances, Milan suffered a heavy blow with the exit of veteran striker Zlatan Ibrahimovic due to an injury.

Juventus relied on defense and Milan was the closest to snatching the victory, but the visiting goalkeeper Szczesny saved two attempts from Raphael Liao and Olivier Giroud.

Milan could not find the net and only equalized to raise its tally to 49 points from 23 matches, behind on goal difference from Napoli, who jumped to second place with a big 4-1 victory over Salnitana earlier.

Juventus extended its unbeaten record in the league to nine matches, but remained in fifth place with 42 points from 23 matches.