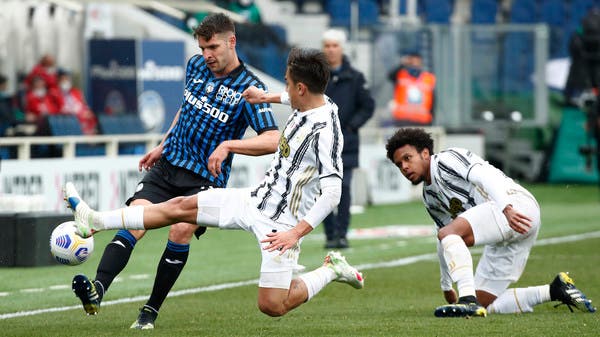 Offensive Atalanta will be the last team Juventus would hope to face after their season deteriorated after suffering their worst ever Champions League defeat to Chelsea on Tuesday.

Juventus are eighth in Serie A after six wins in 13 games, 11 points behind leaders Napoli, and coach Massimiliano Allegri did not live up to expectations after his return.

Despite qualifying for the Champions League round of 16 before the trip to Chelsea, the 4-0 loss angered Allegri, the Italian giant’s heaviest in the elite club competition. It is also the worst defeat for the “Old Lady” team in all competitions since losing 4-0 to Roma in February 2004 in the local league.

“We have limits and we can’t deny that and we will work to improve the team,” Allegri said after the setback at Stamford Bridge. “It’s frustrating conceding four goals and now we have to think about Saturday’s match against Atalanta because it’s important.”

Conceding four goals before visiting a team that has scored at least two goals in nine of their last 10 matches in all competitions is not a good idea, with pressure mounting on Allegri to turn the tables.

Atalanta faced a slow start to the season amid injuries to many of its stars, but with the return of its most prominent players, he recovered and climbed to fourth place and did not lose in the last six league matches.

Defending champion Inter Milan is preparing for another difficult confrontation when he visits the promoted Venezia, who won the last two matches in the competition, including a 3-2 victory over Roma led by Jose Mourinho.

Milan, who are tied with Napoli at the top with 32 points, kept their hope of qualifying for the Champions League round of 16 with an exciting victory over Atletico Madrid on Wednesday. He will host Sassuolo at the San Siro on Sunday.

Napoli hosts the unstable Lazio, and the leaders will miss their top scorer, Victor Osimhen, as the Nigerian striker underwent surgery after sustaining fractures in the cheekbones and eye socket during the 3-2 loss to Inter Milan last week.