Juventus lose to Genoa in the Italian League 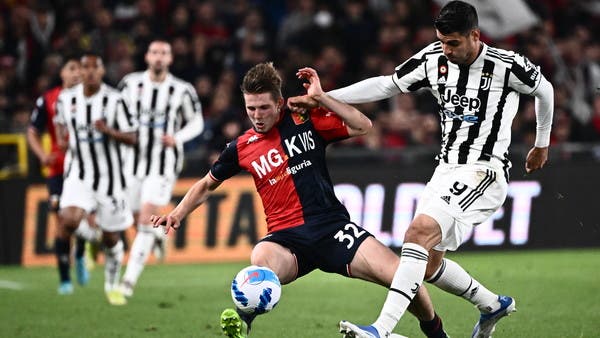 Genoa boosted its hopes of staying among the elite clubs by defeating Juventus 2-1, on Friday, in the thirty-sixth stage of the Italian Football League.

Juventus advanced through Argentine striker Paulo Dybala at the beginning of the second half, after a pass from Moise Kean (48).

However, Genoa responded with two goals in the last minutes, the first by Icelandic Albert Gudmundsson (87) and the second by Domenico Criscito from a penalty kick in the sixth minute of overtime.

Genoa remained in the penultimate position with 28 points, equal to Cagliari, who will visit Salernitana on Sunday.

The victory is only the fourth for Genoa this season, knowing that it has been in the elite league since 2007.