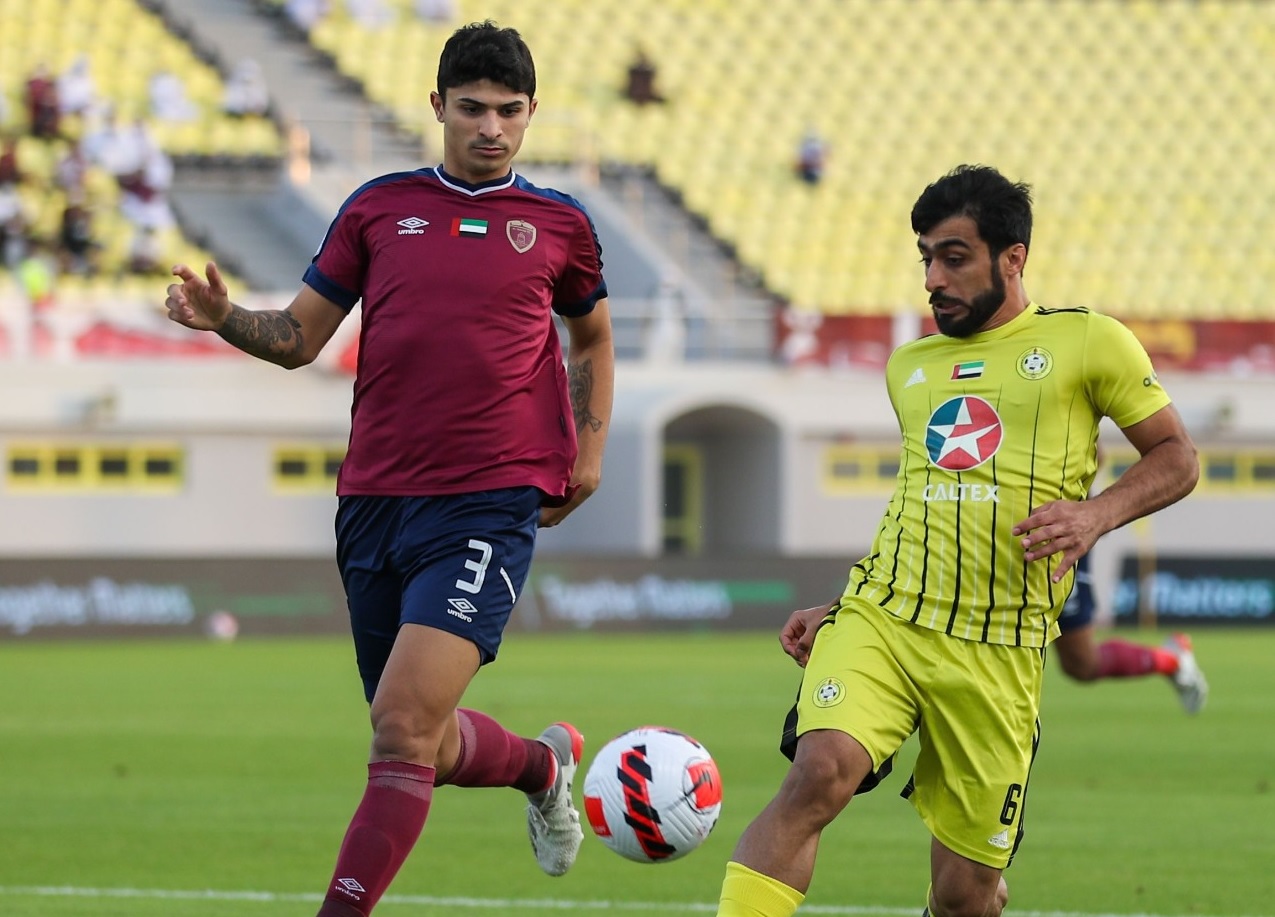 Ittihad Kalba beat its guest Al-Wahda 2-1, today, Sunday, in the 11th round of the ADNOC Professional Football League, bringing its score to 15 points in seventh place, while Al-Wahda’s balance froze at 20 points in second place, seven points behind Al-Ain, the leader, two rounds before Go phase ends.

Ittihad Kalba goalkeeper Jamal Abdullah saved a penalty kick by Brazilian Joao Pedro, an important turning point in the match, as the Tigers reversed their goal to win with two goals.
Syrian Omar Khribin scored for Al-Wehda in the 17th minute after receiving a cross in which he got rid of the pressure of the defense and hit the goal with high skill, so the ball caught goalkeeper Jamal Abdullah.
The second half witnessed the rush of the Kalba players to the middle of Al-Wahda stadium, but Al-Wahda’s defenses closed the paths towards the goal, and Al-Wahda goalkeeper Rashid Ali saved Ahmed Jeshak’s ball, before the Kalba defenders intervened to prevent Al-Wahda striker Pedro and remove the ball before he shot it to the Tigers’ goal from the outskirts of the penalty area.
Kalba player Ahmed Amer, who replaced the Togolese Malaba, gave up a valuable opportunity to create a goal opportunity, had he not exaggerated dribbling to lose the ball.
Al Wahda received a penalty kick after the ball touched the hand of the Peruvian player Cartagena after Omar Khribin’s shot, but the penalty kick by the Brazilian Pedro was saved by Tigers goalkeeper Jamal Abdullah and constituted a turning point in the match after the Kalba Union managed to score the equalizer through Guinean Othman Kamara. After receiving a ball from Muhammad Sabeel and the intervention of Abd al-Salam Muhammad (75).
Kalba returned and scored the second goal with a shot by Ahmed Jeshak from outside the penalty area after an attack led by Habib Al-Fardan and Austrian Zulig (81).
Omar Khribin almost equalized the score for Al-Wahda, had he not hit his ball from an easy position above the crossbar (90 + 2).