Kalba surprises unity on his land and among his fans 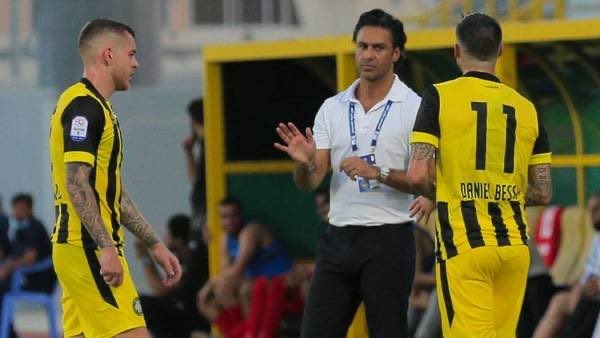 Ittihad Kalba achieved a surprise of the caliber by defeating Al-Wehda, at its stadium and among its fans, with a goal without a response, in the match that brought them together, today, Saturday, at Al Nahyan Stadium, at the end of the second phase of the ADNOC Professional Football League.
The Tigers owe this victory to their resident player, Brazilian Leandro, who scored in the first half.
Al-Wahda did not present the show that was expected of it over the two halves, as the Kalba Union was the most organized, relying on constant pressure on the Annabi players, to extract the ball, and take advantage of the counter-attacks, from which the only goal of the meeting came after a lapse from the defense.
The first half was poor in terms of chances, especially from the side of the unit, which had one ball to score from a ball that reached the Portuguese Adrian Siliva from the Tigers goalkeeper, played by “Loeb”, but it crossed the crossbar.
The control and possession of the unit continued in the second half, but the organized defense of the visitors prevented the attempts to complete the goal.
Ittihad Kalba player, Amer Al-Naqbi, almost scored the most beautiful goals of the round, when he noticed that Al-Wahda goalkeeper Mohammed Al-Shamsi exited his goal and fired a ball from the middle of the field that hit the crossbar.