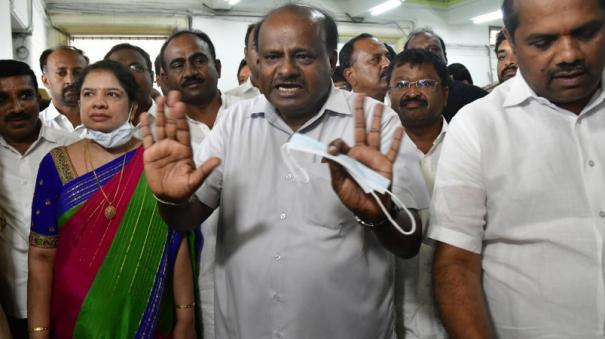 In a letter written to Chief Minister Basavaraj Bombay, senior MJD leader Kumaraswamy said, “It is not acceptable to celebrate Hindi Language Day in Karnataka apart from celebrating Kannada language. Celebrating Hindi Day on the tax money of the people of Karnataka cannot be allowed,” it said.