Karnataka decides to hand over Mangalore blast case to NIA 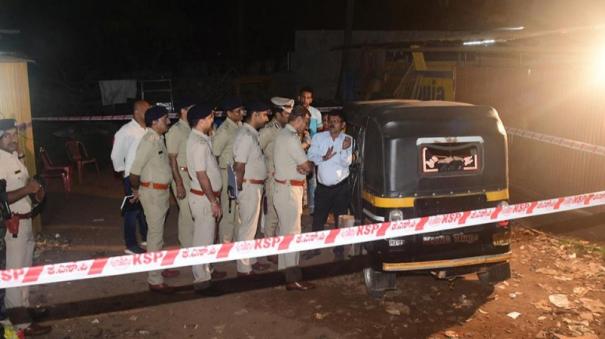 Bangalore: Auto driver Purushottam Pujari (37) was injured when a cooker bomb exploded in an auto in Mangalore, Karnataka on the 19th. Mohammad Shareek (24), who was traveling in the auto with the cooker bomb, is being treated for burn injuries.

It has come to light that Shareek hid his religious identity, procured a SIM card with a fake Aadhaar card and practiced bomb blasts in Shimoga. The Mangalore police have registered a case in this regard and have set up 7 special teams and are conducting investigations in Mysuru, Shimoga, Coimbatore, Nagercoil in Tamil Nadu, Kozhikode and Kochi in Kerala.

Later, Minister Araka Gyanendra said, “Mohammed Shareek, who was inspired by the activities of terrorist organizations like IS, has been working with the intention of staging a conspiracy for the past few years. Mangalore police are investigating not only in Karnataka but also in Tamil Nadu and Kerala. The case will soon be handed over to the NIA,” he said.

NIA Branch at Mangalore: Tejaswi Surya, BJP MP from Bengaluru South constituency, said, “The movement of terrorists has increased in Mangalore in the last few years. Intelligence has warned that the terrorists here have direct links with IS militants. Therefore, a branch of the NIA agency should be opened in Mangalore as soon as possible,” he said.