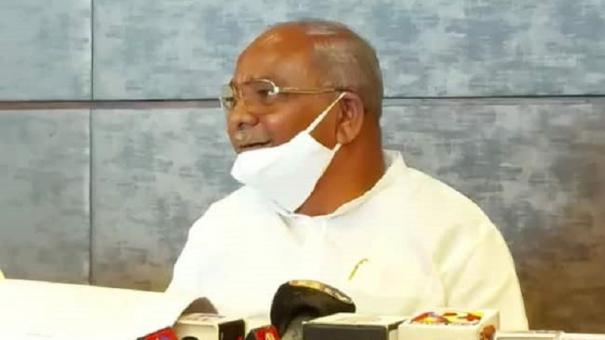 Bengaluru: Karnataka Minister for Food Supply and Consumer Affairs Umesh Katti died of a heart attack. He was 61. Chief Minister Basavaraj Boyam said that his demise is a great loss to the state.

Earlier last night (Tuesday night), Minister Umesh Patil, who was at his home in Dollars Colony, complained of chest pain. The family immediately took him to Ramaiah Hospital. He died there. The doctors who examined him said that he had suffered a massive heart attack.

Talking about Umesh’s death, Karnataka Chief Minister Basavaraj Bummy said, “Umesh Katti was my close friend. He was like a brother to me. We knew he had heart disease. But we didn’t think it would take his life. He has done a lot of good for the development of the state. He has worked effectively as a minister in various departments. “He will not talk much. He was an activist. His demise is definitely a loss for the state. No one else can fill the void left by him. His funeral will be held with full state honours. His funeral will be held in Belagavi where a local holiday has been declared for schools and colleges today.”