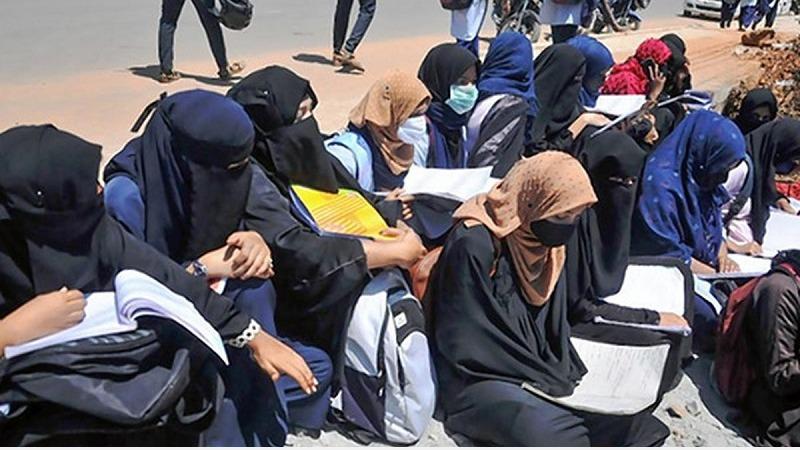 New Delhi: Some female students of Karnataka filed a case in the Supreme Court demanding permission to appear in government educational institutes wearing hijab. The case came before a bench of Chief Justice DY Chandrachud of the Supreme Court. The judge said he would consider setting up a three-member bench to hear the plea.

Chief Justice Chandrachud then intervened and said, “I will consider this petition and set a date for the hearing. It is for a 3-judge bench. You should appeal to the Registrar.”

To that, lawyer Meenakshi Arora demanded, “Exams begin on February 6. So, due importance should be taken to list this case.”

DIFFERENT JUDGMENT: Earlier, in October last year, the Supreme Court gave a different verdict in an appeal filed against the Karnataka High Court’s order banning the wearing of hijab in educational institutions. Supreme Court judge Hemant Gupta, who ruled in the case, dismissed the appeals, while another judge, Sushant Dhulia, set aside the Karnataka High Court order.

Justice Hemant Gupta said that “banning hijab in classrooms does not take away personal freedom or rights of Muslim students”.

At the same time, Justice Sushant Dhulia said, “The High Court of Karnataka erred in deciding whether wearing hijab is a fundamental practice of Islam or not.” Citing the Bijo Emmanuel case heard in the Supreme Court, Justice Dhulia said, “The court can only determine whether a practice is in practice, whether it is established, whether it is recognized or not.” He said, “We need to improve. In that sense, wearing the hijab includes these three points.” In this case, the students have approached the Supreme Court seeking permission to wear hijab for the exam.