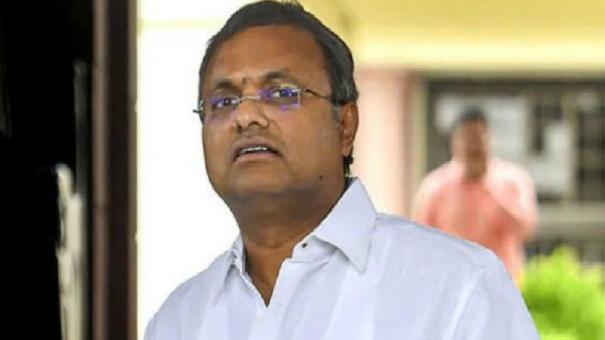 New Delhi: When senior Congress leader P. Chidambaram was Union Home Minister in 2011, the CBI recently registered a case against his son Karthi Chidambaram for using his influence to illegally issue visas to 263 Chinese and accepting bribes of Rs 50 lakh. In this context, Karthi Chidambaram appeared at the CBI office in Delhi this morning (May 26). CBI officials have started an investigation into him.

Karthi Chidambaram had sought bail before a CBI court in the case. However, bail was denied. In this case, he has appeared in the CBI office. The court has advised that if Karthi Chidambaram is to be arrested, he should be informed in advance.

Cases against Karthi: Karthi Chidambaram has already been charged with illegally using his power to help INX Media. Karthi Chidambaram went to the UK with the permission of the Supreme Court and the CBI Special Court. The court had already ordered him to appear before the CBI within 16 hours of his return. In this context, Karthi Chidambaram appeared today.