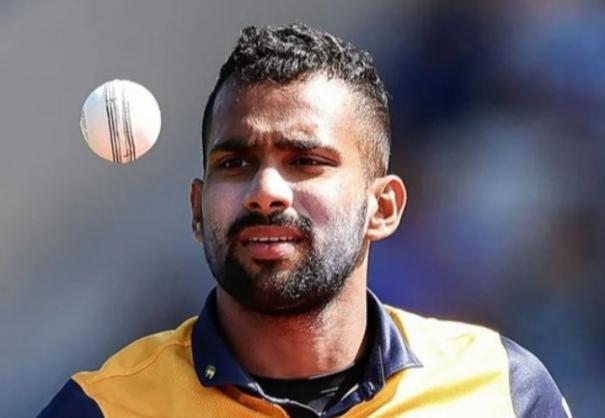 Colombo: The Lanka Premier League cricket series is currently underway in Sri Lanka. It is like IPL cricket in our country. In a match of the current season, Sri Lankan player Shamika Karunaratne unexpectedly lost his teeth while catching the ball.

Accidents like this happen very rarely on the cricket field. It seems that Karunaratne has lost four of his teeth. This has been confirmed by the Kandy Falcons team he is playing in this league series.

The accident took place during a match held last Tuesday. The incident took place when the Galle Gladiators team player took the opportunity to catch Fernando. That catch came from a very high position. Just as he catches it, the ball hits his mouth. Despite the pain, he made the catch.

Later, after bleeding from the mouth, the medical team rushed to the field and examined him. He then left the field. It is reported that he has been treated. The team reported that four of his teeth were broken in the accident.