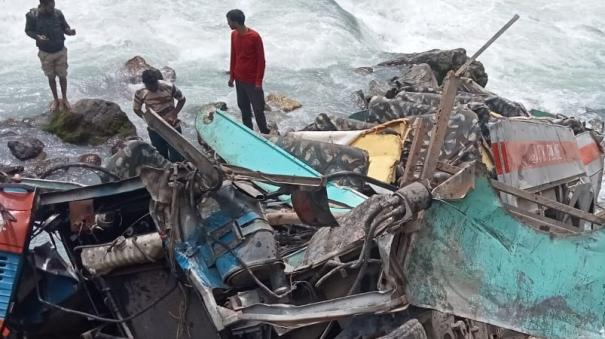 Kashmir: 6 killed in Kashmir as army vehicle overturns in river The rescue operation is going on.

In this regard, the media said, “A vehicle carrying Indian-Chinese border security personnel overturned in a river in Pahalgam area of ​​Kashmir today (Tuesday) and met with an accident.

The accident took place when all these soldiers were returning from Amarnath Yatra security duty.”

Police said the cause of the accident is under investigation.

Attack: A policeman and a civilian were injured in two separate grenade attacks in Kashmir on Independence Day.

Independence Day was celebrated across the country yesterday. Independence Day celebrations were also held in Kashmir with tight security, but a security guard and a member of the public were injured in a terrorist attack in Kashmir yesterday (Monday).

Regarding the attack, the police said, “A civilian was injured when militants hurled grenades in Satura area of ​​Budgam district. The injured has been identified as Karan Kumar Singh. His condition is stable.

In another attack, grenades were hurled outside a police control room in Srinagar. A policeman was injured in this incident,” it was reported

Two policemen have been killed in an attack by terrorists in Kashmir for the past three days.