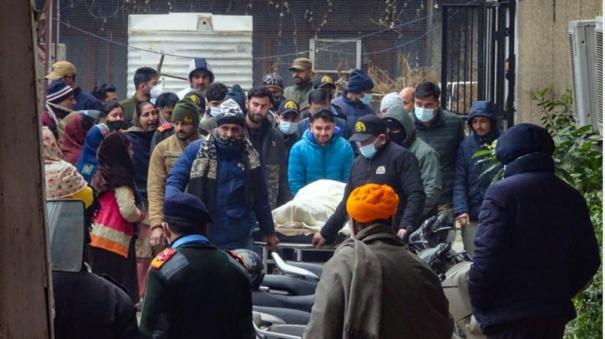 Last week on January 1, four people, including two children, were killed in an attack by terrorists on innocent people in Dangri area on the outskirts of Rajouri city. Four people who were seriously injured in the attack were airlifted from Rajavri and admitted to Government Medical College Hospital, Jammu.

Due to this, the people in the area felt fear and panic. The day after the attacks, families and relatives of the victims staged a protest at Tangri Chowk with the bodies of the deceased, condemning the terrorist attacks and the administration’s failure to prevent them. During the demonstration, powerful blasts again took place in the areas.

Prince Sharma (20) from Rajavri succumbed to his injuries this morning. Deepak Sharma, who was killed in another attack on January 1 evening at various houses in Rajavri areas, is the elder brother of Prince Sharma, who died this morning (Jan. 8), officials said.