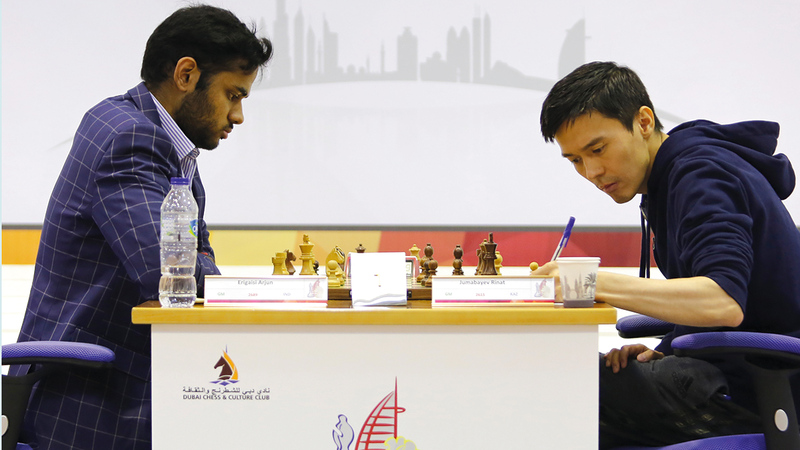 Indian Arjun Erigesi succeeded in stopping the victories of his Kazakh rival Rinat Gumbayev in the top matches of the sixth round of the Dubai Open Chess Championship, and removed him from the top of the standings in a match in which he dominated the king’s wing and translated this control into a crushing attack that forced Rinat to surrender by giving up the top.