Kazakhstan..the return of the internet after the violence and the arrest of about 8,000 people 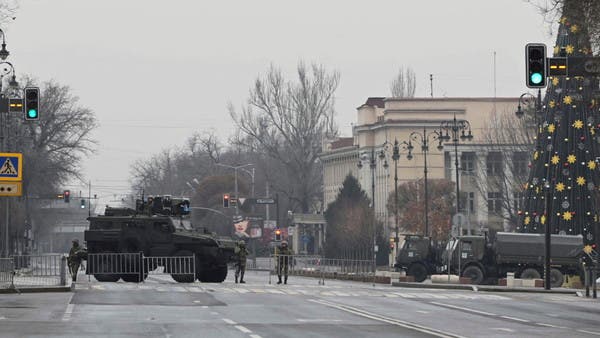 Kazakhstan’s Interior Ministry said on Monday that security forces had arrested a total of 7,939 people as of Jan. 10 during last week’s unrest, the worst wave of violence in the post-Soviet Central Asian country’s history.

On Monday, the Internet returned to Almaty, the largest city in Kazakhstan, after a 5-day break that coincided with bloody confrontations that left dozens dead.

In the economic capital of 1.8 million people, browsing domestic and foreign websites was again available on Monday, which was declared a day of mourning in the wake of the unrest.

Life is gradually returning to normal in Almaty, where public transport has resumed its activity on the city’s streets for the first time since the unrest began.

Kazakhstan presented the violence in Almata as an attack by “terrorist groups” and expressed its dissatisfaction with foreign media coverage of the events, which began with demonstrations against the hike in fuel prices in the west of the country on January 2.

On Sunday evening, the Ministry of Information withdrew a statement published earlier on “Telegram” to the effect that more than 164 people were killed in the country during the unrest, noting to two websites that this statement came as a result of a “technical error.”

The Foreign Ministry confirmed in a statement to the media, on Monday, that the articles published by foreign media gave “the wrong impression that the government of Kazakhstan attacked peaceful demonstrators. The security forces faced violent crowds who committed flagrant terrorist acts.”