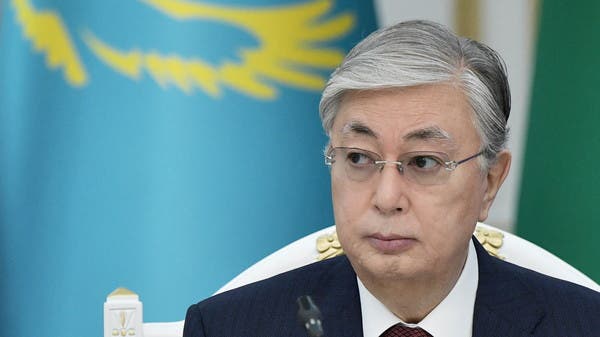 After confirming yesterday that the pursuit of “terrorists” will continue, Kazakh President Kassym Tokayev announced, on Wednesday, that the withdrawal of the peacekeeping forces of the Collective Security Treaty Organization from Kazakhstan will begin tomorrow, Thursday, January 13.

Tokayev said during a meeting at the operational headquarters in Almaty today, Wednesday, that the orderly withdrawal of the peacekeeping unit of the Collective Security Treaty Organization begins in hours.

Grateful to lead the unit

He added that negotiations were conducted with the leaders of the concerned countries to complete the withdrawal, while he took the opportunity, as he described, to express his gratitude to the unit’s leadership for the work accomplished during these few days, as he put it.

He added that the withdrawal of the peacekeeping forces of the Collective Security Treaty Organization from Kazakhstan will take place after the completion of the tasks.

It is reported that peacekeeping units were deployed in the cities of Nur-Sultan and Almaty.

Tokayev considered that his country had survived a coup attempt orchestrated by what he called a “single group”. In a speech he delivered to a meeting of the Collective Security Treaty Organization led by Russia via a video link, he said that order has been restored in the country, but the pursuit of “terrorists”, as he described them, continues.

He also indicated that the main goal of those violent protests was to seize power. He said, “The main slap was dealt to the city of Almaty…The fall of this city would have paved the way for controlling the densely populated south and then the entire country, especially as they were planning to take over the capital.”

After defending his decision to invite Russian-led forces into the country, he announced on Tuesday that they would begin leaving the country within two days, adding that the withdrawal would not take more than 10 days.

From Kazakhstan (archive – The Associated Press)

While Moscow described what happened as unacceptable, stressing that it would not accept what it described as the “color revolutions”, in reference to the demonstrations supported from abroad, according to its belief.

It is noteworthy that large-scale demonstrations were more than a week ago, in protest against the rise in fuel prices, but later expanded greatly and turned into a curse against the Tokayev government and the 81-year-old former President Nursultan Nazarbayev, who still enjoys great influence in the country.