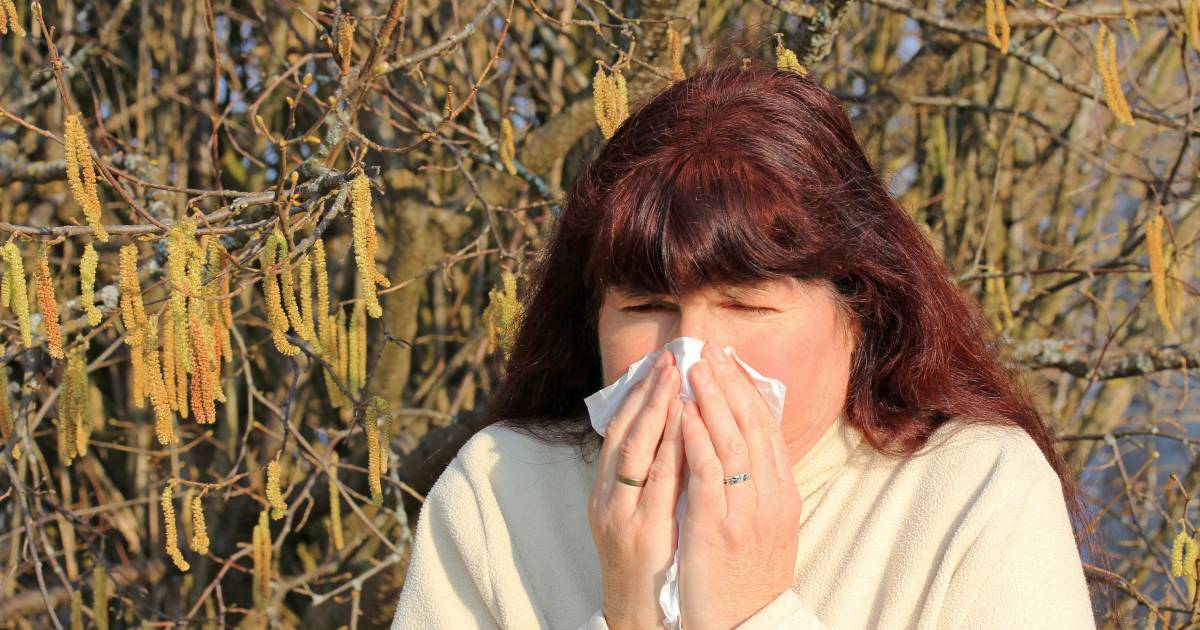 With videoWhile half of the Netherlands suffers from flu or cold complaints, there is another culprit active that makes people reach for a handkerchief: the pollen. Because yes, even though it is the middle of winter, the hay fever season has already started.

Due to the mild weather at the end of December and the very mild turn of the year, the first alder and hazel trees are already in bloom. Due to the rain, the number of complaints for people who are sensitive to pollen from these trees remains limited, but complaints can arise when it is dry, according to Weeronline. Especially in the southeast of the country, ‘quite a lot’ of pollen is in the air on dry days, Pollennieuws reports.

“We already saw at the end of November that the first catkins developed in the hazel trees due to the mild autumn,” says retired biologist Maurice Martens, hay fever expert at the aforementioned pollen website. “They didn’t flower because of the cold in early December: frozen catkins don’t release their pollen into the air. But when the weather took a turn at the end of December, and it’s been warmer ever since, the plants get off to a good start physiologically.”

Martens, who lives in South Limburg, sees in his area that about a quarter of the hazelnut trees are already flowering ‘well’. “In itself it is not unique that hazels bloom in January, but this warm weather does speed up the processes,” he explains. “Although nature has arranged it in such a way that plant shrubs of the same species do not all bloom at the same time. They want to reproduce, and this is more likely if not all individuals are sexually mature at the same time.”

The high temperatures in the autumn in recent years are particularly bad news for hay fever sufferers who are allergic to all types of pollen, says Martens. ,,Normally November and December were quiet months, but that is over. One hay fever season now flows almost seamlessly into the next.” The only consolation now is the rain and the high humidity, which ensure that less pollen, and therefore fewer allergens, enter the air.

In the coming period, the trees mentioned will bloom even further due to the mild weather. For example, it is still very soft this week with maximums of about 12 degrees, according to Weeronline. Next week the afternoon temperature will be around 8 degrees and most nights the mercury will not drop below about 5 degrees. Normally at this time of the year it is about 6 degrees during the day and the temperatures at night are around freezing point. Despite the high temperatures, the weather feels like autumn this week, according to the weather bureau. There is a lot of clouds and wind and there are also many periods of rain.

According to Weeronline, quite a lot of people suffer from pollen from alder and hazel, but even more people are allergic to birch pollen. This tree normally flowers mainly in April and spreads highly allergenic pollen. Of all trees, birch causes the most complaints in hay fever sufferers.

Sudden hay fever? This is due to climate change, explains Professor Joyce Emons of Erasmus UMC:

Rosángela Espinoza has a millionaire sheikh as a suitor: “He controls all the oil in Qatar”