“Khaddam” flying the President’s Cup for Arabian horses in Tunisia 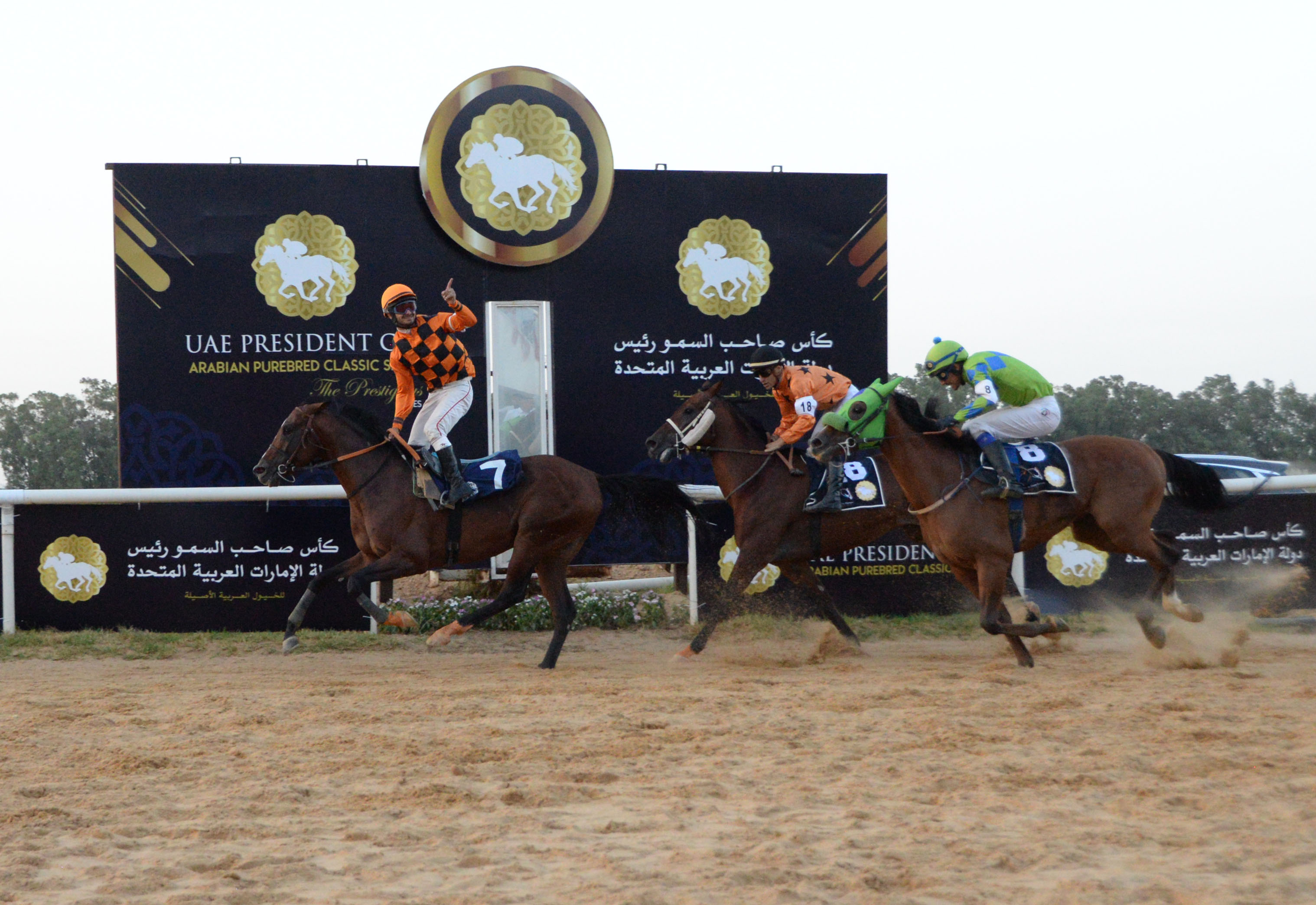 The Libyan horse Khaddam, descended from the “Khalidiya and Bint Tyre Fighter” belonging to the stables of Ahmed Al-Saeed, under the supervision of Ali bin Jaafar and the leadership of the jockey Salim Fershishi, won the President’s Cup for Arab horses at its Tunisian station, which was held on Sunday, in the first category for a distance of 2000 meters with the participation of 20 horses Represents the elite of the Arab horse stables in Tunisia, for horses of four years of age and over.
The champion finished the race with a time of 2:26:00 minutes, and beat Las Vegas, descended from the “Dajilman and Angham Al-Badr” descendants of owner Sydney Saadia, under the supervision of coach Sami Bedjaoui and the leadership of Amanuel Revolt, while he came in third place, Forgohel Chico, descended from the descendants of “Hilal Al-Zaman and Chang of Saint” » Returning to Oreibi Stables, supervised by coach Ahmed Al-Ammari and led by Khaled Allous.
Abu Dhabi – Emirates today