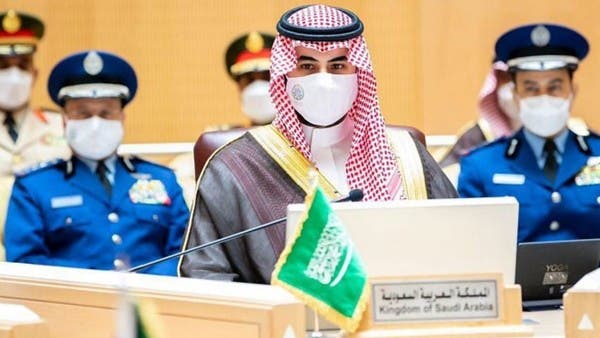 On behalf of Saudi Crown Prince Mohammed bin Salman, Deputy Prime Minister and Minister of Defense, Prince Khalid bin Salman bin Abdulaziz, Deputy Minister of Defense headed today the delegation of the Kingdom of Saudi Arabia participating in the meeting of the eighteenth session of the Joint Defense Council of Defense Ministers of the Cooperation Council for the Arab States of the Gulf At the headquarters of the Secretariat of the Cooperation Council in the city of Riyadh.

During his speech at the meeting, the Deputy Minister of Defense conveyed the greetings of the Custodian of the Two Holy Mosques and the Crown Prince, and expressed their appreciation for the sincere efforts made by the Council.

Prince Khaled also thanked the Kingdom of Bahrain for chairing the eighteenth session of the Joint Defense Council of Defense Ministers of the Gulf Cooperation Council countries.

He expressed the Kingdom’s welcome and hosting of the upcoming nineteenth session of the Joint Defense Council of Defense Ministers of the Cooperation Council countries.