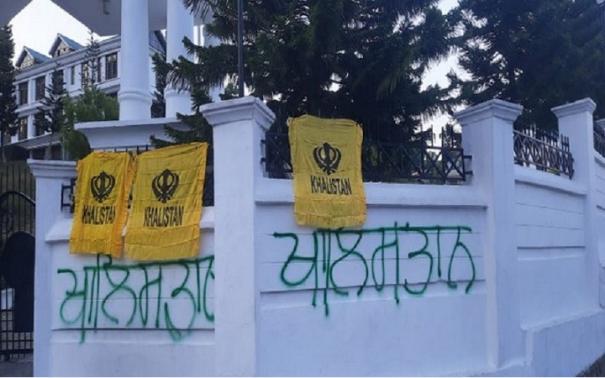 Some miscreants hoisted the Khalistan flag at the entrance of the Legislative Assembly premises in Dharamsala, Himachal Pradesh. It was discovered this morning (Sunday). State Chief Minister Jairam Thakur has strongly condemned the incident.

He said a detailed investigation into the cowardly incident would be conducted and appropriate action would be taken.

State Chief Minister Jairam Thakur wrote on his Twitter page, “I strongly condemn this cowardly act. The cowards have done this. The incident will be thoroughly investigated. The culprits will be given due punishment. I would like to say something to the perpetrators of this incident. Come out during the day without running in the dark. “

Police S.P. Kangara Sharma said, “The incident must have taken place late at night or early in the morning. We removed the flags from the spot. Tourists from Punjab may have done the same. We have registered a case and started an investigation. However, we are investigating this as a precaution.”