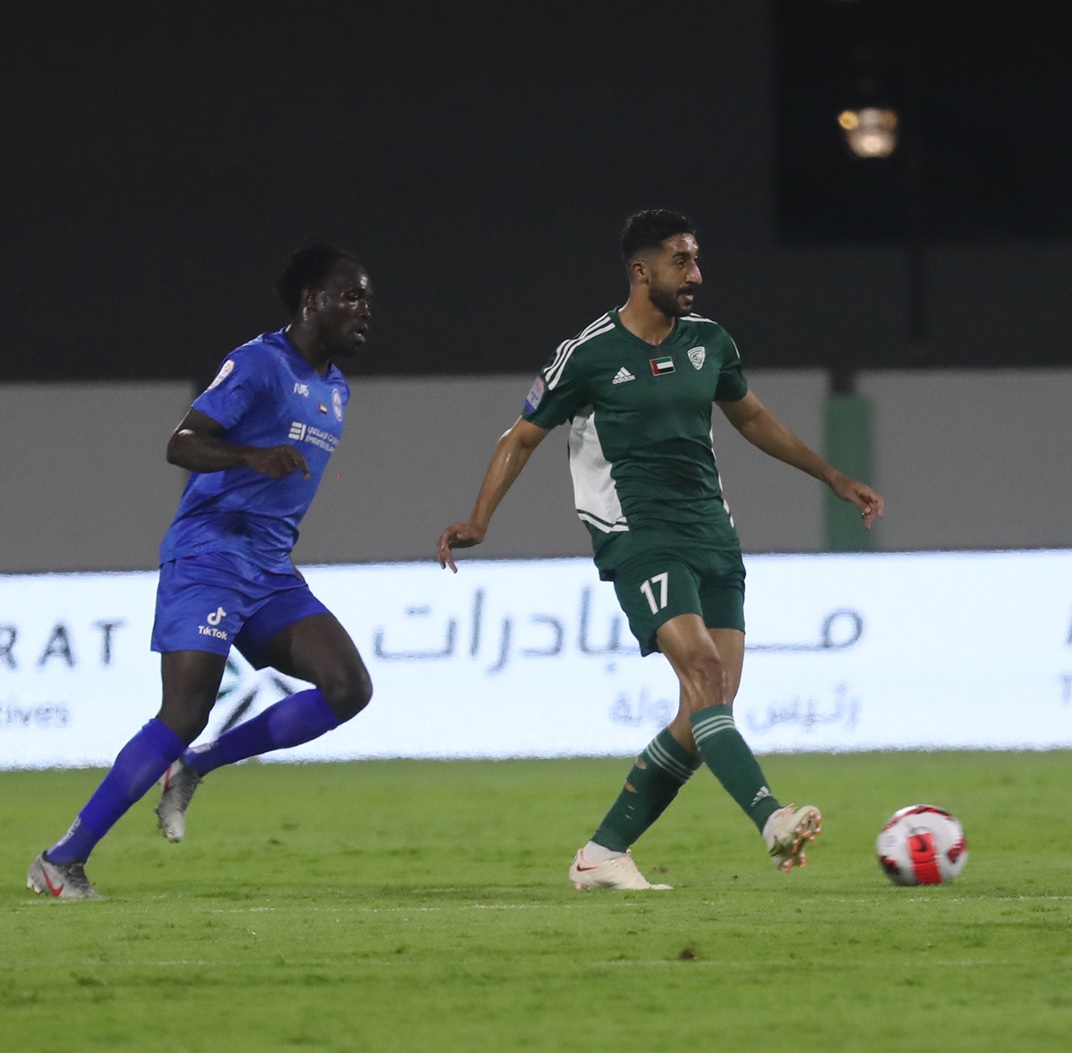 Khorfakkan and its guest Al-Nasr tied without goals, Thursday, in the third round of the ADNOC Professional League competitions, to collect the first point in the tournament led by national coach Abdulaziz Al-Anbari, while Al-Nasr’s balance became five points.
The match witnessed many attacks by the two teams, especially from Al-Nasr, who rushed early to score, but the Brazilian “Eagles” player Rafael Dodo almost opened the scoring when he was alone in the goal while facing Al-Nasr goalkeeper Ahmed Shambeh, but he shot it outside the goal amid the audience’s astonishment.
Masoud Suleiman intervened and pushed the ball away from the goal when he cleared the ball in front of the French goalkeeper Ryan Mendes, who was just steps away from the goal line 39.
Ismael Al Hammadi hit a powerful ball, which was blocked by Brigadier General Ahmed Shambeh’s goalkeeper in two stages 41.
Strangely, the Khorfakkan striker missed the opportunity to score when the Portuguese Filipe was alone, but he shot outside while he was alone in the 43rd goal.
Khorfakkan goalkeeper starred and blocked Antonio Caravallho’s free kick from a direct free kick 55, which was pushed into a corner kick.
Khorfakkan made three substitutions at the same time in the 67th minute, with the participation of the Brazilians Valmor, De Barros and Adel Sabeel, in an attempt to raise the level of attacks, and the player of Brigadier General Caravallho again missed an easy ball in front of the goal that he shot over the crossbar 70.
The players of Khorfakkan demanded a penalty after his player De Baros was clearly stumbled, but the referee of the match Sultan Abdul Razzaq did not calculate it and did not go to review it by the video technology 72.
After several attacks that did not invest, the match ended without conceding the net.