Khorfakkan and Al-Uruba .. 3 pivotal points for the two teams 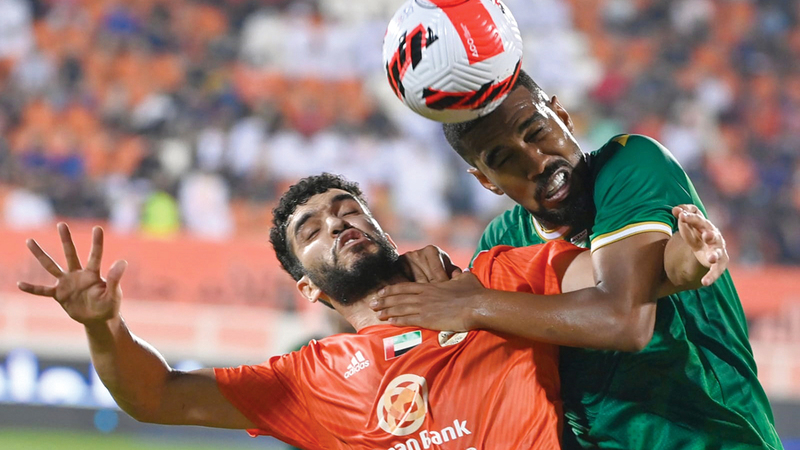 The Khorfakkan team will host its neighbor Al-Arabiya in the match that will be held at 6:00 pm today, in the 22nd round of the ADNOC Professional League, which will be held at Saqr bin Muhammad Al Qasimi Stadium in Khorfakkan Club. , to achieve the result of winning to stay from the safety zone, and gradually approaching a new record in the number of points achieved in one season, and breaking the previous record recorded by 25 points from last season, while Al-Uruba, who has a score of 10 points, needs to achieve a victory to enhance his chances in Stay, and the two teams are prohibited from bleeding points, especially Arabism, who needs to win all his remaining matches, betting on the difficulty of the matches of the teams competing to stay.

The two teams will play the match without any absences, which gives their coaches the opportunity to choose the best players. The two teams did not succeed in achieving a positive result in their last confrontation, as Khorfakkan lost against Ajman (2-4), while Al-Orouba lost to Sharjah by five clean, which encourages the two teams to present a strong match that can win, and the two teams met twice this season, Khorfakkan defeated Al-Orouba (4-1) in the first leg of the league, and a draw (2-2) to determine the positions for the League Cup.