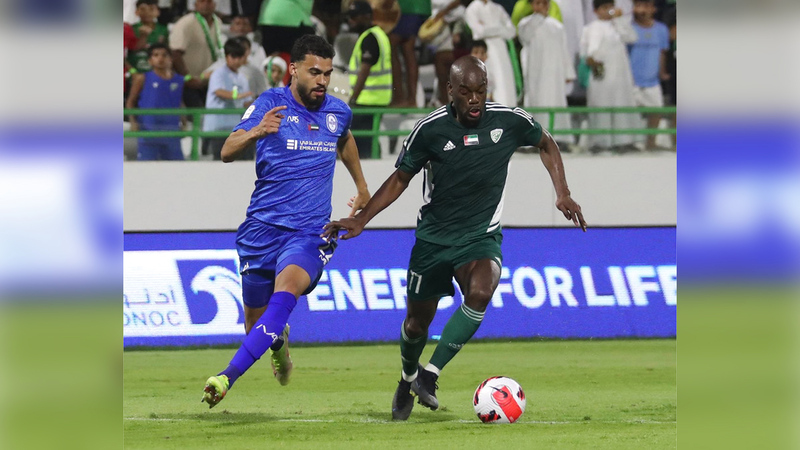 The Khorfakkan Football Company criticized the arbitration decisions in the ADNOC Professional Football League, noting that the team was damaged by the whistle against Al-Nasr in the third round of the tournament, as well as in the previous two matches against Baniyas and Al-Jazira.

The company said in a statement, the day before yesterday, that the refereeing staff and the video assistant referee (VAR) technology in those matches lacked the accuracy and focus necessary to manage the match, which led to Khorfakkan not winning, and its match with Al-Nasr ended in a goalless draw, for several reasons, Including that Khorfakkan Club deserved a penalty kick in the 71st minute of the match, which was not calculated, which would have changed the outcome of the match, with the specialists in the sports channels confirming the validity of the penalty kick.

The Khorfakkan Football Company called on those in charge of the referee committees and match monitoring in the Emirates Football Association, to carry out their tasks and responsibilities to the extent that preserves the rights of Khorfakkan Club and all sports institutions, and in a manner that contributes to the advancement of the game at the state level.

The Khorfakkan Football Company, through its Twitter account, announced the signing of Brazilian striker Ramon Lopez, to represent the “Nours” in the next season of the ADNOC Professional League, coming from the Saudi Al-Fayha Club.

The signing of the contract was attended by the football company member and team supervisor Jamal Buhendi, and a number of club officials.

Ramon Lopez represented Khorfakkan in the 2020-2021 sports season, during which he scored decisive goals, which contributed to achieving survival and winning difficult matches.