Khorfakkan is the champion of the Futsal Federation Cup 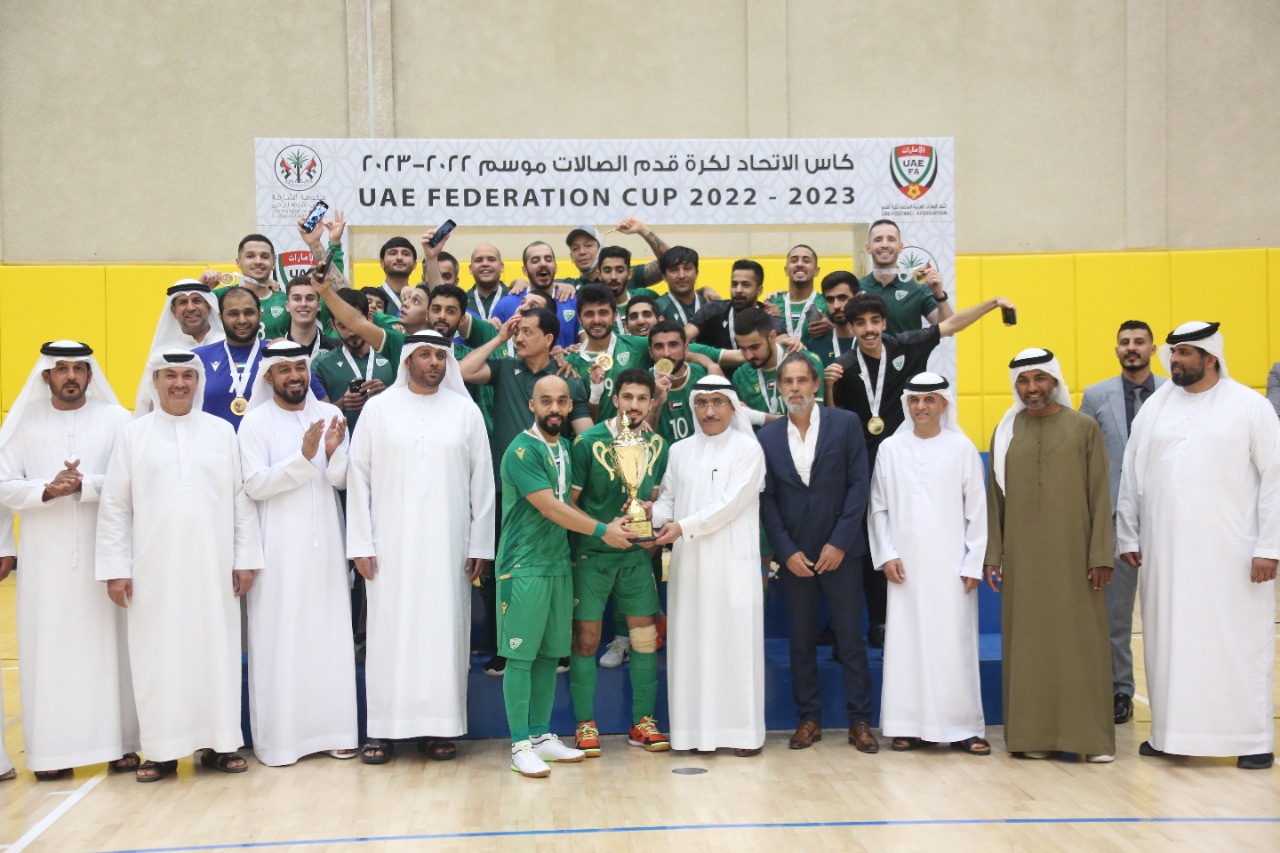 Khorfakkan Club won the Federation Cup for Futsal, after defeating Al-Bataeh Club by five goals to two in the final match that was held on Monday evening in the gymnasium of Ittihad Kalba Club, to win the “Eagle of Futsal” the first titles of the current season 2022-2023, and to maintain the title that he scored last season.

Sheikh Saeed bin Saqr Al Qasimi, Deputy Chairman of the Office of His Highness the Ruler of Sharjah in Khorfakkan, and Chairman of the Sharjah Sports Council Issa Hilal, in the presence of the Secretary-General of the Executive Committee for Futsal Shihab Al-Awadi, the heads of the clubs’ boards of directors and a number of sports officials, handed over the championship cup and gold medals for the Khorfakkan team and silver medals for the Al-Bataeh team .