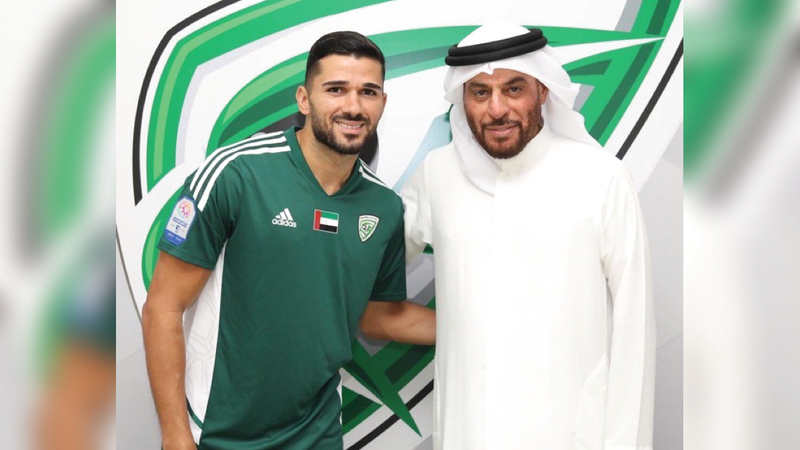 The Khorfakkan Football Club announced, through the club’s official account on Twitter, the signing of the Algerian player Mahdi Obeid, coming from Al-Nasr Club, to represent the “Nours” in the current season of the ADNOC Professional League. The club did not disclose any other details regarding the duration of the contract. The announcement of the contract was attended by a member of the Board of Directors of the Khorfakkan Football Club Company and the supervisor of sports development and dental stages, Ahmed Al Mulla. Mahdi Obeid (31 years old) previously represented many clubs in Europe, including in the French, Scottish and Greek leagues, before he joined last season to play with Al-Nassr.