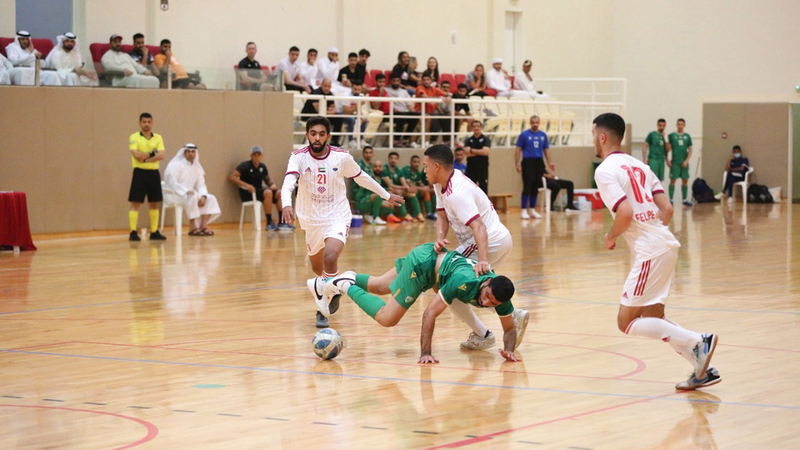 The Khorfakkan team topped the ranking of the Futsal League Championship teams after its big victory over its host Sharjah (5-1), and outperformed by goal difference over Al Hamriya. Leaders Khorfakkan and runner-up Al Hamriya benefited from the draw of the last edition’s champion and defending champion Al-Bataeh team with its guest Dibba Al-Hisn (2-2), while Maliha missed the matches because of his enjoyment of waiting. The current round witnessed a distinguished performance, both technically and physically, which was reinforced by scoring 16 goals in three matches, of which the share of Brazilian residents was 10 against six for the national players. Salem Al Naqbi, Chairman of the Board of Directors of Khorfakkan Club, told “Emirates Today”: “The distinguished victory over Sharjah reflects the aspirations of the Khorfakkan Eagles to move towards its desired goal of winning the league championship for the second time in its history.” He continued, “We hope that it will be a strong start and that the results of the victory and victories will continue with it, and I am happy for the performance of all the players and the support of the public for the team and achieving a deserved victory, and we will work to continue this bid in the upcoming matches.”

The five goals of Khorfakkan were scored by Abdullah Al Hosani, two goals, and the Brazilians Vinicius Rosso, Alex Barbosa and Andre Vinicius by a goal each, while Sharjah’s goal was scored by Ahmed Abdullah.