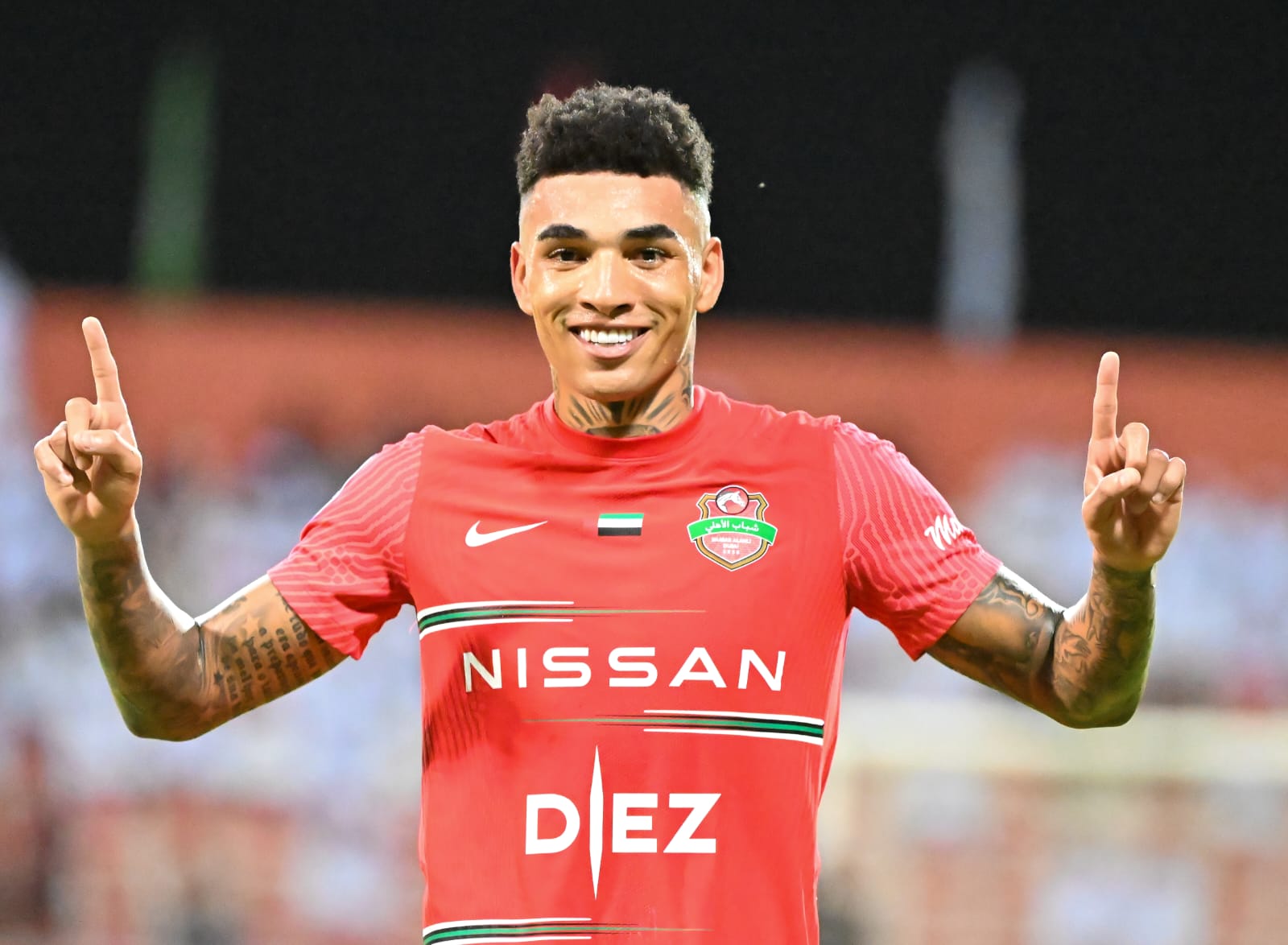 Syrian Omar Khribin and Brazilian Igor Jesus scored their first goals this season to lead Al-Ahly youth to beat Al-Wahda 2-1, today at the end of the third round of the ADNOC Professional League, so that the Dubai Knights achieved their second victory and raised their score to six points, while the balance of “Al Annabi” stopped. At one point after receiving his second loss.
The two teams played an offensive manner in the first ten minutes, and the Brazilian Yuri Cesar missed a dangerous opportunity by himself and hit the ball in the hands of goalkeeper Mohammed Al Shamsi (7), while Al Ahly youth goalkeeper starred in blocking a missile shot from the Brazilian Joao Pedro and took it to a corner kick (10). .

In the 15th minute, Syrian Omar Khribin scored the first goal of Al-Ahly youth from an organized attack that reached the Brazilian Jesus, who played a cross. Khribin skillfully met it in the net, scoring his first goal of the season against his former team’s goal. The referee canceled a goal scored by Mohamed Gomaa (Pele) for offside (28).

On the other hand, “Al Annabi” returned to the atmosphere of the meeting after Ismail Matar starred and played a beautiful ball with heels to Tahnoun Al Zaabi, who played a cross ball and Abdullah Hamad completed it in the goal (38).

In the second half, Al-Ahly youth regained its lead when Badr Nasser played a cross, which Jesus headed into the goal (51). Matar missed a dangerous opportunity from a cross ball played by Abdullah Hamad, and “Sama’a” met it with his head, and the ball rose over the crossbar (68).
Ahmed Jamil received a second warning and a red card (84), but Al-Wahda did not take advantage of the numerical shortage so that Al-Ahly youth won with two goals against a goal.