Kim carries out his threat .. North Korea fires a projectile off the South 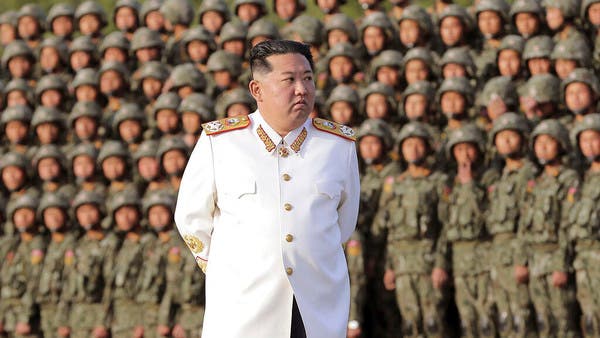 A week after Pyongyang vowed to develop its nuclear forces as quickly as possible, North Korea launched a “projectile” eastward.

The South Korean Army’s Chief of Staff said in a statement today, Wednesday, that “North Korea fired an unspecified projectile towards the east,” without further details, while this is the 14th launch among the missile tests conducted by Pyongyang since the beginning of this year.

Meanwhile, the Japanese Coast Guard announced that it might be a ballistic missile, confirming that it had indeed fallen into the sea.

He also indicated during a massive military parade in Pyongyang on April 25 that he might resort to nuclear weapons if his country’s “essential interests” were threatened.

Days before the inauguration of Yun

Yoon, who will take office on May 10, has promised to take a tougher stance in the face of the North’s provocations.

It is noteworthy that since the beginning of the year, Pyongyang has conducted about 14 missile tests, including especially the launch of an intercontinental ballistic missile, in a precedent since 2017.

Despite being subject to severe sanctions, North Korea has accelerated efforts to modernize its military capabilities, and this year it tested banned weapons, ignoring US offers for talks.

At a time when observers warned of the possibility of the Stalinist regime resuming its nuclear tests.

While talks with the United States, aimed at denuclearizing the Korean Peninsula, are still stalling!