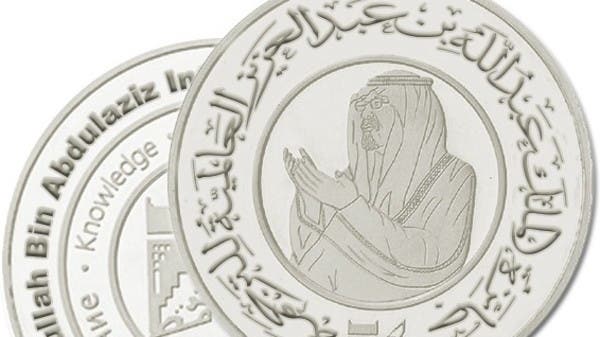 The General Secretariat of the Award stated that in its tenth session, it received a number of nominations in the six branches of the Award, as the total number of nominations reached (118) between the work of a translator, an institution and a candidate for the efforts of individuals, in (9) languages ​​distributed among (109) works, in addition to Nominated Institutions and Bodies. The nominations came from (18) countries, and 44 arbitrators and courts participated in the arbitration of this session.

The award in the “Efforts of Institutions and Organizations” branch was won jointly by: “Obeikan Company: Publishing and Translation Department, which was established in Riyadh in 1995 AD, where it has translated more than (1,000) titles since its establishment, transmitted from English, French, German, Russian and Spanish, in the fields of Variety, and the “Al-Arabi Publishing and Distribution”, which was founded in Cairo in 1975 AD, and the translation movement was launched in it since 2005, when it translated more than 200 titles in the fields of novels, stories, arts and peoples’ cultures from several international languages.While the award was withheld in the “Natural Sciences branch from Arabic to other languages”.

The prize in the natural sciences branch of other languages ​​into Arabic was awarded equally between: Dr. Sawsan Hassan Al-Sawaf (Syria) and Dr. Laila Saleh Babsail (Saudi Arabia) for their translation of the book “Physics in Biology and Medicine” from the English language; Written by Paul Davidovitz.

The award was given to Dr. Yahya Khalif (Egypt) and Dr. Abdullatif bin Abdulrahman Al-Shuhail (Saudi Arabia) for their translation of the book: “An Introduction to Carbon Capture and Storage” from the English language; Authors: Bernd Smit, Jeffrey Reimer and Curtis Oldenburg.

The award was withheld in the “Humanities from Arabic to Other Languages” branch, due to the poor scientific level of the advanced works, and their failure to meet the criteria and conditions of competition for the award.

The prize was awarded in the “Humanities from Other Languages ​​to Arabic” branch (equally) between: Dr. Izzedine Al-Khattabi Al-Rifi (Morocco) for his translation of the book “Beyond Nature and Culture” by Philippe Descola from the French language, and Dr. Abdelnour Kharaki (Morocco). About his translation of the book: “An Introduction to Data Mining in the Social Sciences”; For its authors: Paul Atul, David Monaghan and Darren Kong from the English language.

The prize was awarded in the Individual Efforts Branch (participation) between: Dr. Samir Mina Masoud Jeries (Egyptian-German), who has translated more than 30 works, some of which were previously Nobel Prize winners. and Dr. Hamza Qabalan Al-Muzaini, (Saudi Arabia). Dr. Al-Muzaini’s work and efforts varied between academic work, authorship and translation. His translations are among the profound, important and enriching translations of human thought and knowledge, and Dr. Murtaza Syed Omarov (Uzbekistan). Where he translated more than 45 works focused on the dissemination of the Arabic language and culture among speakers of the Uzbek and Russian languages.

The Chairman of the Award’s Board of Trustees, Faisal bin Muammar, expressed his happiness with the award’s effective contribution to the transfer of scientific knowledge and the achievement of the principle of knowledge communication between cultures.

He extended his sincere thanks and appreciation to the Custodian of the Two Holy Mosques King Salman bin Abdulaziz and his Crown Prince Mohammed bin Salman for the support and care enjoyed by the King Abdullah bin Abdulaziz International Award for Translation and the various projects supervised by the King Abdulaziz Public Library. He congratulated the award winners, expressing his appreciation for their efforts in providing useful and value-added scientific translations of human knowledge.