King Charles of England had a phone conversation with PM Modi 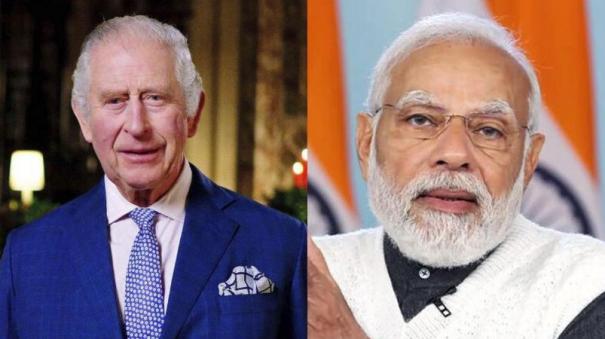 British dignitaries are said to rarely speak on the phone with other heads of state. King Charles contacted Prime Minister Modi over phone yesterday (Tuesday) and discussed various important issues.

In this regard, the statement issued by the Ministry of External Affairs said: “King Charles had a telephone conversation with Prime Minister Narendra Modi and discussed various issues including climate change, biodiversity conservation and innovative solutions for alternative fuels. At that time, the Prime Minister appreciated the King’s interest in these matters.

The two leaders also shared their views on the continued strengthening of the Commonwealth of Nations. The King expressed happiness that Indians living in England are acting as a bridge connecting the two countries. Charles has spoken to Prime Minister Modi for the first time since becoming king. For this, Prime Minister Modi congratulated the King,” the statement said.

Fernando Díaz admires ‘Giselo’ and forgets that they are competition: “He is a boss”

Sandra takes care of people with cancer: ‘You can make the last part of their life beautiful’