King Salman: Iran is a neighboring country and we hope it will change its negative behavior 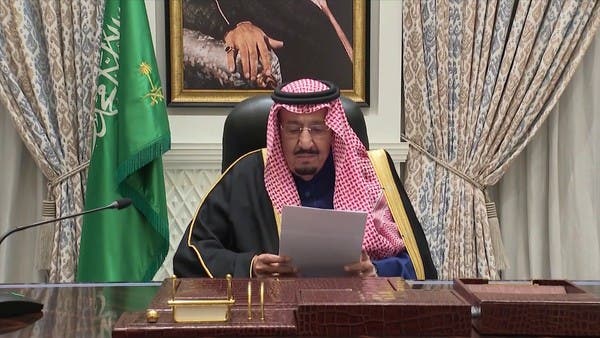 Saudi King Salman bin Abdulaziz said, on Wednesday, during the annual royal speech before the Shura Council via video link, that Iran is a neighboring country to the Kingdom, and we hope that it will change its negative policy and behavior in the region, and move towards dialogue and cooperation.

King Salman added that Saudi Arabia is following with great concern the Iranian regime’s destabilizing policy of security and stability in the region, including the establishment and support of sectarian and armed militias, the systematic deployment of its military capabilities in the countries of the region, and its lack of cooperation with the international community regarding the nuclear program and its development of ballistic missile programs.

He also pointed out that his country is keen to present the interests of the Yemeni people first, stressing that the Kingdom is still calling on the Houthis to resort to wisdom and reason.

He reiterated that the Saudi initiative is the solution to end the conflict in Yemen.

He also made it clear that his country is following with great concern the Iranian regime’s destabilizing policy of security and stability, as well as Iran’s lack of cooperation with the international community on the nuclear program.

The Custodian of the Two Holy Mosques affirmed that the work carried out by the Shura Council is appreciated, adding that the Kingdom’s Vision 2030 seeks to create a solid economy that faces international changes.

He also continued that the start of the second phase of the Kingdom’s vision is pushing the wheel of achievement.

He also explained that the stability of the oil market is one of the pillars of the Kingdom’s strategy in the field of energy.

He pointed out that Saudi Arabia’s global position is due to its Arab and Islamic position.

In addition, the Custodian of the Two Holy Mosques thanked the citizens, residents and workers in the face of the Corona pandemic, as well as all soldiers in all sectors and in the southern border.

Stop the hegemony of Hezbollah

On the Arab arena, the Custodian of the Two Holy Mosques stressed, in his speech, the Kingdom’s keenness and standing by the brotherly Lebanese people.

He also urged all Lebanese leaders to put the interests of their people first, and called for an end to the hegemony of the terrorist Hezbollah over the state.

On the international scene, King Salman stressed the importance of Afghanistan’s stability and security, so that it would not be a haven for terrorist organizations.

It is noteworthy that the Custodian of the Two Holy Mosques, King Salman bin Abdulaziz Al Saud, inaugurated, via video communication, the work of the second year of the eighth session of the Shura Council, in the presence of the Crown Prince, Deputy Prime Minister and Minister of Defense Prince Muhammad bin Salman.

Chiranjeevi: The news that gives a kick to the mega fans.. The stage is set for the arrival of ‘Godfather’