King Salman: Vision 2030 was launched to diversify the economy in the face of global changes 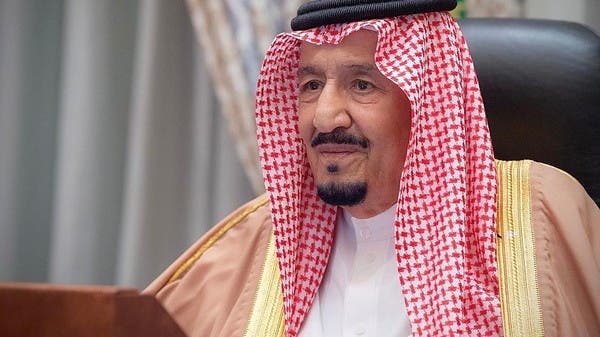 Saudi King Salman bin Abdulaziz said, on Wednesday, during the annual royal speech before the Shura Council via video link, that the Kingdom’s vision 2030 was launched for a prosperous country in which the future of our sons and daughters is achieved, by harnessing an integrated system of programs; To raise the level of services such as education, health, housing and infrastructure, create ample areas of job opportunities, and diversify the economy, to enjoy solidity and durability in the face of global changes, so that the Kingdom occupies its appropriate position regionally and globally.

King Salman added that in order to reach this level appropriate in our country, the government has worked to develop the state’s administrative apparatus, to include all government institutions, services and policies, which contributes to upgrading the competitive capabilities of the national economy, improving the quality of services and raising their efficiency, so that excellence in performance is the basis Evaluation of the efficiency level of the operating agencies in the country.

“The National Investment Strategy, launched by Crown Prince Mohammed bin Salman on October 11, is one of the important tributaries to achieving the goals of the Kingdom’s Vision 2030, and through it, investments exceeding 12 trillion riyals will be pumped into the local economy until 2030, among the initiatives and projects of a partner program And local investments, and corporate investments under the umbrella of the National Investment Strategy.The national economy will receive about 10 trillion more government spending through the state’s general budget, and more than 5 trillion Saudi riyals of consumer spending, as the Public Investment Fund announced, according to its governance, its plan. The strategy, which includes targeting investments in the local economy with three trillion riyals until 2030 AD, which are important investments to achieve the targeted returns from the fund and that result in supporting the economy, creating opportunities for small and large private sector enterprises, and creating more jobs for female citizens, bringing the total spending close to ( 27) trillion riyals until 2030 AD.

The Saudi monarch stressed that the Saudi economy succeeded in overcoming many obstacles and challenges that the world faced this year, and last year due to the pandemic, and this was indicated by the International Monetary Fund by confirming the continuation of recovery in the Kingdom’s economy, which reflects the prominent role of the economic and structural reforms implemented within the framework of ( Saudi Vision 2030).

King Salman explained that the policies of financial sustainability reflected positively on the gradual recovery of the local economy, and new investments in the Kingdom continued their steady growth, which was evident in the performance of activities until the end of the third quarter of this year 2021 AD, with expectations of achieving financial surpluses in the state’s general budget in 2022 AD and the public debt indicators decreased to 25.9% of the GDP, compared to 29.2% in 2021. As for the privatization programs that have been implemented since 2018, they will increase and speed up the quality of services, generate investment opportunities and enhance the sustainability and competitiveness of the Kingdom’s economy.

King Salman pointed out that the successes that have been achieved in the field of education are many and distinguished, as work continues in the program to develop universities and higher education institutions, and a number of our universities have obtained advanced positions in global indicators, and scholarship programs are running abroad in specializations that serve the labor market. It is perfectly aligned with the Kingdom’s 2030 vision.

Recently, it was announced the launch of the non-profit city of Prince Mohammed bin Salman in (Arqa), which will be the first non-profit city in the world, possible for education and an incubator for academies, colleges, museums and conference centers in addition to creativity centers and Misk schools.

He said that the second phase of the Kingdom’s Vision 2030 started from the beginning of 2021 AD and will move – God willing – to 2025 AD, aiming to advance the wheel of achievement and maintain the required momentum; To continue reforms and meet the aspirations and ambitions of our dear country.

“The major projects: “NEOM”, “The Line” and “Amala” are an affirmation of our country’s vision for the future, with its new systems of sustainability, prosperity, innovation and entrepreneurship. The new concept of urban development in “The Line”, which is part of “NEOM” emphasizes the creative side and work Diligent work in this exceptional city, and it will be a competitive environment, and will provide 380,000 jobs, and add 180 billion riyals to the GDP by 2030. The NEOM Industrial City “Oxagon” will also constitute another step within the NEOM master plan, providing a new model for future manufacturing centers, according to NEOM’s strategy of redefining the way humanity lives and works, fulfilling our ambitions for the Kingdom to be one of the most prominent countries in protecting the environment, As for the “Amala” project – one of the quality projects in the Red Sea – it opens a bold investment window in the natural formation and geography of the Kingdom, With a new concept of tourism, health and treatment, it is expected that this project will provide (22) thousand job opportunities.

King Salman expressed his happiness with the classification of the city of Riyadh – according to the IMD index of smart cities – as the third smartest capital among the countries of the Group of Twenty. Between (15 and 20) million people, to be a major destination for global and population investment, as the largest industrial city in the world will be established, in addition to the previously announced recreational projects, and this will make Riyadh a tourist-entertainment destination, and a global industrial destination.

In terms of heritage interest, the (Historic Jeddah) project launched by the Crown Prince, and working to develop historical mosques in the Kingdom, to preserve its urban identity, comes within the Kingdom’s interests in heritage and culture. This will go hand in hand with what the citizen sees today in the direction of many projects towards the development and humanization of Saudi cities, and what he will touch from the efforts of the Yanbu, Umluj, Wajh and Dhaba Development Authority, as well as the strategy for developing tourist areas in the Asir region, which was recently launched by the Crown Prince, which will achieve – God willing – An unprecedented renaissance for the region, by pumping (50) billion riyals through various investments, and Asir will be a tourist destination throughout the year, combining originality and modernity, contributing to advancing social and economic growth in the region, and contributing to many employment opportunities.

Regarding entertainment, King Salman said, “Since entertainment represents a human need and a social requirement, in addition to being an important economic activity and a source of income for countries and the private sector, and a major driver of other economic activities, the Kingdom’s Vision 2030 has given this sector great care by working to support it. And strengthening it, and encouraging the private sector to make its contributions to it, and it is expected that the contribution of the entertainment sector with its related entities by 2030 will reach 4.2% of the GDP, and it will create 450,000 jobs.”

The Saudi monarch stressed the Kingdom’s keenness that the stability and balance of the oil market, and that it is one of the pillars of its energy strategy, because of its belief that oil is an important element to support the growth of the global economy. It is keen to continue working with the “OPEC Plus” agreement, for its essential role in stabilizing the oil markets. It also stresses the importance of all participating countries’ commitment to the agreement. In addition to this, the events demonstrated the far-sightedness of the Kingdom and the success of its petroleum policy, which is represented in its continuous development of its production capabilities, and its permanent maintenance of additional production capacity, which proved important to maintain the security of energy supplies.

He pointed out that the National Strategy for Transport and Logistics, launched by the Crown Prince, emphasizes moving forward in economic development and reform, and working to develop this important sector and unleash its potential as part of the vision’s initiatives. equivalent to 33% of the sector’s costs; to support sustainable development.

The Kingdom’s government has established the Human Resources Development Fund (Hadaf); To support the rehabilitation of national cadres, which will provide attractive job opportunities for citizens, contribute to reducing unemployment, and work on developing and improving the work environment. The Crown Prince also launched the Human Capacity Development Program, within the programs of the Kingdom’s Vision 2030, to enhance the competitiveness of national capabilities locally and globally, by seizing the promising opportunities resulting from the renewed and accelerating needs, by enhancing values, developing basic skills and future skills, and meeting the needs and aspirations of all segments of society.

Work is also underway to develop the King Salman Energy City (SPARK); To obtain the full economic value from energy-related goods and services in the Kingdom and throughout the region, this city will become a twenty-first century ecosystem in the energy sector, and will form a vibrant international industrial community, based on excellence and innovation.

The Saudi monarch said, “The Kingdom’s commitment to facing the increasing challenges of climate change, working to enhance the implementation of the Paris Agreement, and supporting the (Green Saudi Arabia) and (Green Middle East) initiatives confirm its leadership and global leadership in efforts to protect the environment, reduce carbon emissions, and enhance public health and quality of life. The Kingdom announced – at the International Climate Conference in Glasgow – raising the level of its contributions by reducing emissions by 278 million tons annually by 2030, and targeting zero neutrality in 2060 from through a circular economy approach to carbon.