King Willem-Alexander: ‘It is painful that the Dutch cannot pay the bills’ 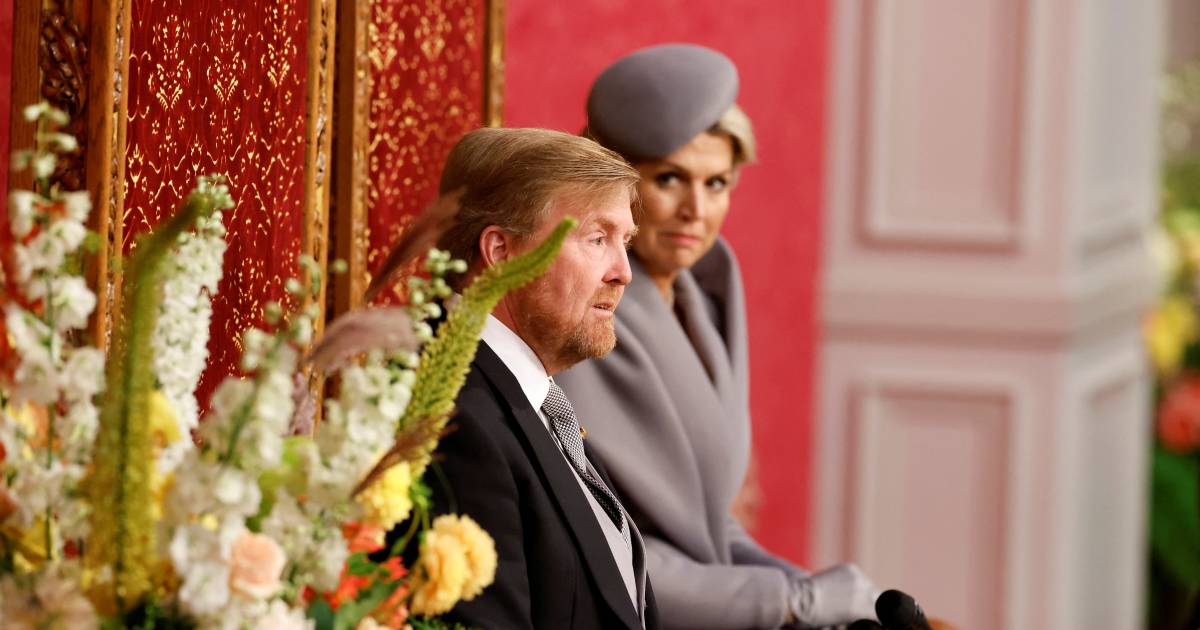 King Willem-Alexander finds it painful that the Dutch cannot pay their bills. At the same time, he calls it worrying that the Dutch are losing confidence in the board. That is what the King just said in the Speech from the Throne.

According to the King, a ‘different way of life’ is needed, because the current is running up against its limits. According to the king, ‘we live in a time of contradiction and uncertainty’, which is how he starts the annual Speech from the Throne. “It is contradictory that livelihoods are under pressure and poverty is increasing in a period of economic growth and low unemployment. It is contradictory that people in our free country feel unfree to express their opinion for fear of harsh reactions or even threats.”

He is concerned that people have less faith in political governance. “It is worrying that people are losing faith in the resolving power of politics and government,” said de Koning. “It is painful that more and more people in the Netherlands are having trouble paying their rent, groceries, healthcare premium or energy bill. That is why the cabinet is coming up with an unprecedentedly substantial package of measures of more than 18 billion euros, especially for the benefit of low and middle incomes.

‘Not everything has to be done at once’

Still, according to him, the Dutch can draw on earlier difficult times, such as the reconstruction after the war or the period in which land consolidation affected the countryside. He also tries to reassure the Dutch. “Not everything can and must be done at the same time. We often only understand in retrospect how drastic periods have been.”

According to the king, no one can predict what the future will look like. But it will be different, he says, because our current way of life is reaching its limits. The Dutch will have to ‘live, do business, travel and live together’ differently.

According to the king, no one can predict what the future will look like. But it will be different, he says, because our current way of life is reaching its limits. The Dutch will have to ‘live, do business, travel and live together’ differently.

According to the king, the cabinet realizes ‘that people are critical of the functioning of the political system’. He also referred to how his grandmother acted at her inauguration in 1948. “I quote: ‘We are at this moment in world history in a state where everything depends on our attitude to the threat of new disasters.'”

Said King Willem-Alexander in his annual speech from the throne, which was delivered today in the Koninklijke Schouwburg in The Hague due to the renovation of the Binnenhof. Many thousands of people have come to The Hague today for Prinsjesdag. King Willem-Alexander and Queen Máxima ride in the Glass Coach. Princess Amalia – dressed in dark green – is also sitting in this carriage for the first time. Today, people are allowed to stand along the route for the first time since 2019. This was not allowed in 2020 and 2021 due to the corona virus.

This afternoon, Minister of Finance Sigrid Kaag presents the Budget Day items in a briefcase to the House of Representatives. This includes the budget of millions and the national budget. Leaked Budget Day documents show that there are tens of billions more income than expected. Because the high gas price and inflation are a burden on citizens, but mainly benefit the state treasury. The cabinet has plenty of money to compensate for the high energy bill.

Also listen to our podcast Politics Close, subscribe to it via Spotify or Apple: