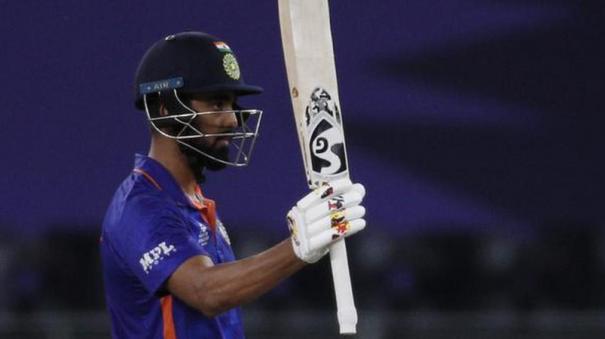 Mumbai: The Indian Cricket Board has announced that KL Rahul will lead the Indian team in the ODI series against Zimbabwe. It is reported that Shikhar Dhawan will act as the vice-captain of the team.

The Indian cricket team is scheduled to play a three-match ODI series against Zimbabwe on the 18th, 20th and 22nd. The BCCI announced the squad for this series in Zimbabwe on July 30. It was then reported that Dhawan will act as the captain.

In this case, KL Rahul had missed the series against West Indies due to corona infection. Now he has regained full fitness, the medical team said. Because of that, the BCCI has announced that he is playing in the Zimbabwe series. The selection committee has appointed him as the captain for this series.

Earlier, KL Rahul was also included in the Indian team for the Asia Cup series. He underwent surgery due to an injury before the corona virus. The last time he played in a one-day international was last February.