Klopp: City will not lose, but we are not at a “funeral” 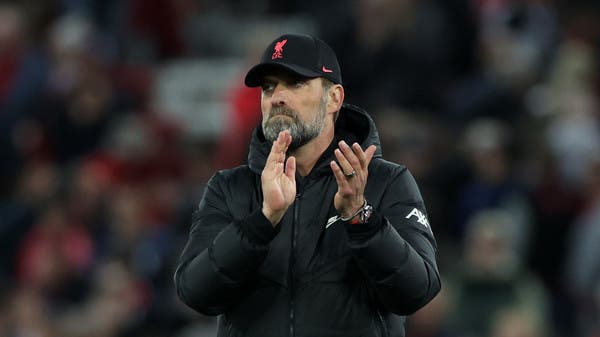 Liverpool manager Jurgen Klopp demanded that his team beat their 1-1 draw with Tottenham Hotspur on Saturday, although the result was a major blow to the team’s title hopes and boosted Manchester City’s chance of retaining the title.

Luis Diaz’s goal gave Liverpool a point to take Klopp’s team to the top of the standings, ahead of City, who will be able to return to the top and lead by three points over Liverpool if they win later on Sunday at home to Newcastle United.

“First of all we have to stop acting like we were at a funeral,” Klopp said.

He continued, “I did not say this to the players, but the atmosphere here is a bit like that.” We are in football where things like this happen. In my life worse things have happened and I am still here.

The German coach made it clear that he does not expect title rivals Manchester City to stumble during the last four games of the season.

“The only chance for us is for something to happen in our favor,” Klopp said. Imagine losing City, I don’t expect that. But imagine City losing and we also lose (the title) because our confidence has declined. This would be insane.

Liverpool, who won the League Cup, are still competing for four titles this season, after reaching the FA Cup and Champions League final.